Fans help the band track down gear jacked in 1999 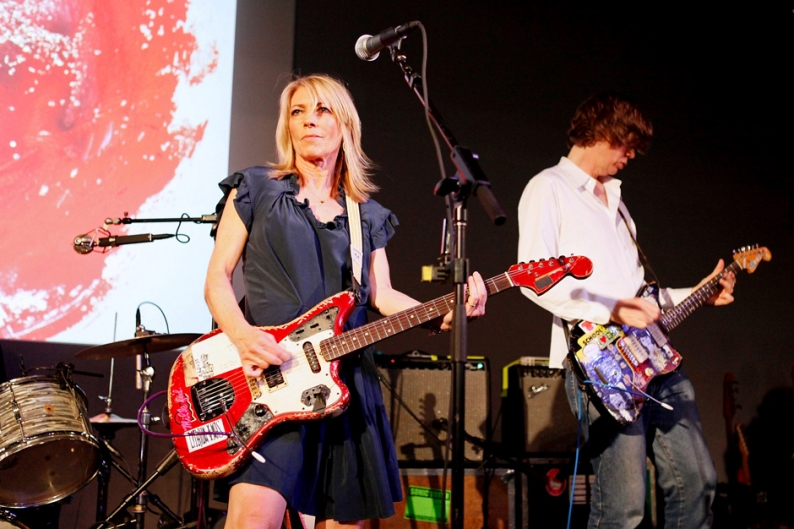 While Sonic Youth’s future remains unsecured after the separation of Thurston Moore and Kim Gordon, two guitars stolen from the New York band 13 years ago at a SoCal show are now home safe thanks to tips from fans.

As the story goes, the band’s rented Ryder truck was stolen in the middle of the night before an Orange County festival appearance in 1999. It was, of course, filled to the brim with the band’s much modified gear. A few days later, it was found completely cleaned out in Los Angeles.

Guitarist Lee Ranaldo issued a plea for help at the time detailing the missing bounty, which included several guitars, “mostly modified to hell… and usually way beat up.” As Pitchfork points out, the sixth and seventh of those guitars were recovered within a week of one another.

A fan in Belgium discovered the first on eBay — a white Jazzmaster used by Moore that’d been repainted — and wrote to the band. Meanwhile, Ranaldo’s burgundy Jazzmaster was discovered being sold by a pawn shop online via a “forum of [guitar] geeks” according to Ranaldo.

Perhaps it’s a sign that the band should push on?