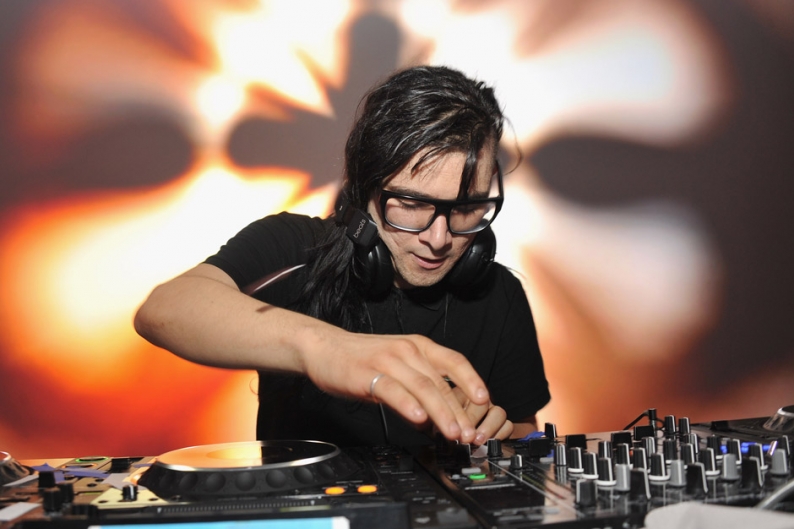 Skrillex is coming for your children. The EDM DJ is set to spin, in cartoon form, in the animated 3D Disney film Wreck-It Ralph, a CGI family comedy set in the world of video games. All your bass-drop are belongs to us, anyone?

Skrillex had already been tapped to create original music for the project, a track called “Bug Hunt” that he had remixed by Netherlands-based outfit Noisia, when Disney figured out a way to get him screen time.

Producer Clark Spencer tells Total Film, “We went to him first and said, ‘Hey, we have this party scene in the world of Fix It Felix Jr, and we have a DJ and we think it would make a nice cameo if we put you into it.’ And he was ecstatic.”

Moore’s publicist, Clayton Blaha of Biz 3, confirms the cameo isn’t a speaking role, but the Grammy winner did exercise creative control over his cartoon likeness.

“We built his model, we put on his look, and we sent it to him to have him give us comments,” Spencer explains. “He said ‘My tennis shoes will always be black.’ So we changed the tennis shoes to black. You don’t see them in the film, as he’s behind the DJ booth, but they were in the model.”