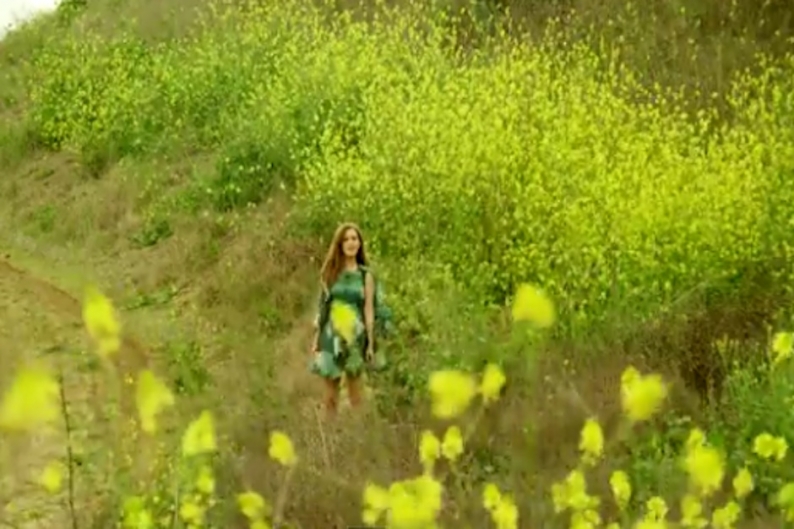 Dirty Projectors have made a career out of creating beautiful strangeness, but their new 20-minute film Hi Custodian may be the pinnacle of both. Singer David Longstreth directed the highly surreal short himself, supposedly inspired by Kanye West’s Runaway.

“I wanted to make a lot of images that were really hilarious and really sad at the same time,” he told an audience at the New York premiere last night. He said Prince’s Purple Rain was an influence to, and that he counts Die Hard among his all-time favorite films: “It’s got such a great story.”

Hi Custodian, however, has no such narrative. Instead, there is Longstreth in a hazmat suit tromping through a landfill, and Longstreth on his deathbed surrounded by grieving women, and Longstreth as a nomadic leper weaving in and out of civilization. And at least a couple of nods to El Topo.

The film features music from the band’s essential Swing Lo Magellan LP and comes on the heels of a pair of other left field music video events — Flying Lotus’ macabre “Until the Quiet Comes” piece and 2 Chainz’ far-out “Birthday Song” clip.