From the cross-pollinating folk veterans forthcoming 'Algiers' LP, due September 11 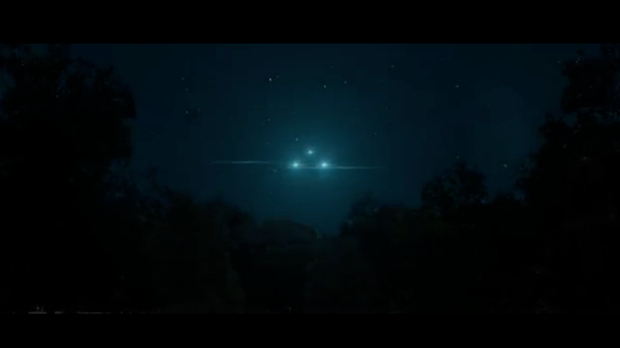 When it came time to conceptualize the video for “Splitter,” first single from Algiers, the latest from Arizona indie-folk cross-pollinators Calexico, Spanish director Paloma Zapata looked toward the heavens. “The idea came after a conversation with [Calexico guitarist/vocalist] Joey [Burns],” says Zapata. “For him, the song was about the migration going through the border of any country. I thought that setting up a story within a particular border was very limiting. So I developed the idea of ‘the escape’ into a generic concept, adding a touch of fantasy to lighten the dramatic tone that those situations already have. To escape aboard a spaceship to an unknown reality as an idea of change, mystic encounter and rebirth.” The resulting visual, premiering exclusively below, was so cinematic it’s inspired Burns to take things further. “My only wish,” he says, “would be to continue working from this music video to make a full length feature film and original music score.”