Nicki Minaj Teams With Cassie, Compares Herself to Blossom on ‘The Boys’

Listen to the new single from her 'Roman Reloaded' reissue 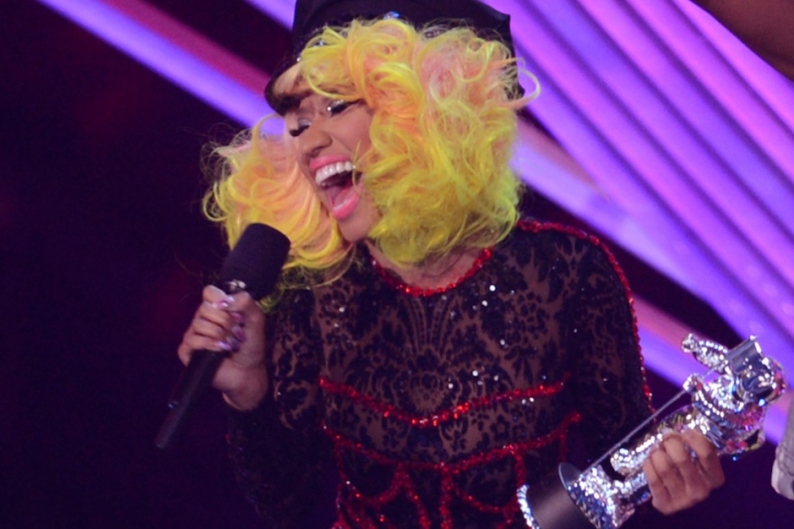 At MTV’s Video Music Awards last week, a surreally proportioned Nicki Minaj announced that she’s reissuing her April album Pink Friday: Roman Reloaded with the titular addition of The Re-Up. Confusing as this is for music fans who might’ve guessed that the original release was merely a repackaging of her 2010 debut Pink Friday (a little help with the titles, Weezy?), it means an extra disc of goodies including the just-out single “The Boys” featuring breakthrough R&Bist Cassie.

The new track jitters forth on a landslide of tropical percussion and lo-bit sirens. Cassie’s voice comes in robotic as she takes a sarcastic swing at The Rap Lifestyle: “You get high, love a bunch of girls / And then cry, ‘On top of the world’ / I hope you have the time of your life.” Nicki, meanwhile, offers an aggro onslaught of syllables and styles, as is her wont. Oh, and she compares herself to Blossom. The treacly acoustic guitar is a little too mid-’90s MTV (think Sugar Ray, No Doubt), but otherwise, it’s a banger.