Expect two songs a month from the New Jersey alt-rockers 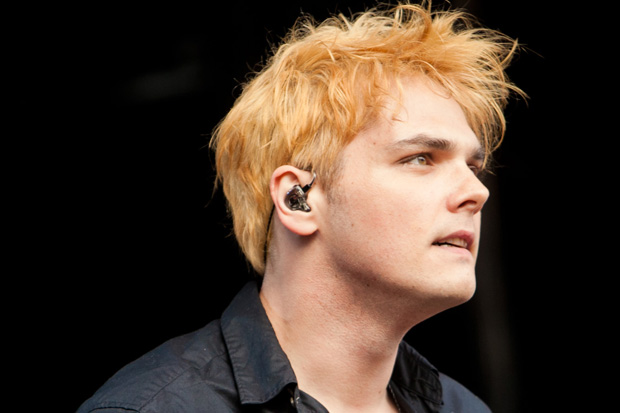 Gerard Way wasn’t always leading futuristic robot duels with deadmau5 in gratuitously insane dubstep videos. In fact, before Way-fronted New Jersey alt-rockers My Chemical Romance released their 2010 album, Danger Days: The True Lives of the Fabulous Killjoys, they were up to something a bit more “working class rock’n’roll,” as Way told SPIN in 2009. Those scruffier pre-Danger Days tracks mostly ended up collecting dust, but the band will be giving them a proper release this fall, guitarist Frank Iero announced in a recent blog post.

MCR will release two tracks a month for five months from what they’re calling their Conventional Weapons sessions, according to Iero. The band plans to issue the tracklist, release schedule, and pre-order details this week. “We hope you enjoy these time capsules, and that they may shed a little more light on how and where Danger Days came from, and maybe even where the future of MCR might be heading,” Iero wrote. “It was the best of times, it was the worst of times…and now it is finally time to lift the veil on Conventional Weapons.”

Here’s Way talking about those 2009 tracks at the time: “We started with the Sex Pistols and then decided to go back further, before punk. What was before punk that was punk? So there’s the MC5 and the Stooges, and that Detroit sound.” SPIN heard previews of seven of those tracks, and we heard Judas Priest, Def Leppard, and the Hives among other influences. The emo-punks were getting back to their roots, by the sounds of it — and soon they’ll be offering a glimpse. If there turns out to be a Skrillex remix, can we call the genre “broto-punk”?