Muse Say Their Music Keeps Getting ‘Hijacked’ By Conservatives 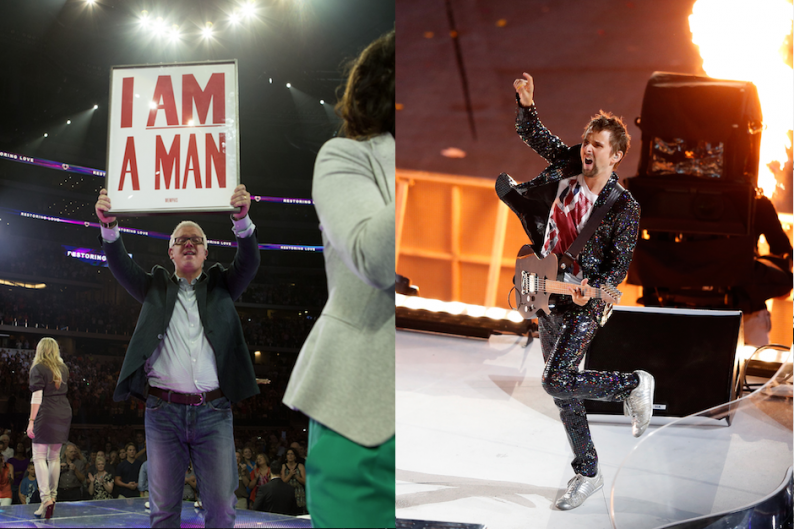 Glenn Beck must be giddy. The right-wing talker’s long-beloved band Muse will appear as the musical guests on an upcoming episode of Saturday Night Live, and their sixth album The 2nd Law is streaming now. Less happy about Muse’s embrace by Beck and other conservatives, however, are the bandmembers themselves.

Muse’s drummer Dom Howard has previously slammed Beck as “a crazy right-winger,” and frontman Matt Bellamy is an interview to be published in the Observer on Sunday, based on an excerpt posted by the Guardian. “In the U.S. the conspiracy theory subculture has been hijacked by the right to try to take down people like Obama and put forward right-wing libertarianism,” Bellamy is quoted as saying. He told the Observer he’s “a left-leaning libertarian — more in the realm of Noam Chomsky.” As for hit single “Uprising,” from 2009 album The Resistance, Bellamy said it “was requested by so many politicans in America for use in their rallies and we turned them down on a regular basis.”

For Bellamy, lyrics are more about self-expression than specific political statements, anyway, he said. “When I dabble in watching the news and reading about current events I tend to get a future negative view and that’s something I’ve dealt with through music,” he told the Observer. “It’s quite possible I’m slightly paranoid. But I’d say making music is an expression of feelings of helplessness and lack of control that I think a lot of people can relate to.”

We take it this means Muse won’t be participating in Glenn Beck’s upcoming musical venture. “We are working with a rapper — I can’t say who yet — but my audience and his audience will say, ‘What?'” the former FOX News host told BuzzFeed this summer. “We jokingly call this our Oedipus project because the left will be making out with me… and they’ll have no idea. Somebody will say, ‘Do you know that’s…?’ and they’ll say, ‘Oh I don’t care, I just really like the music.'” As Muse might say, that’s “Madness.”