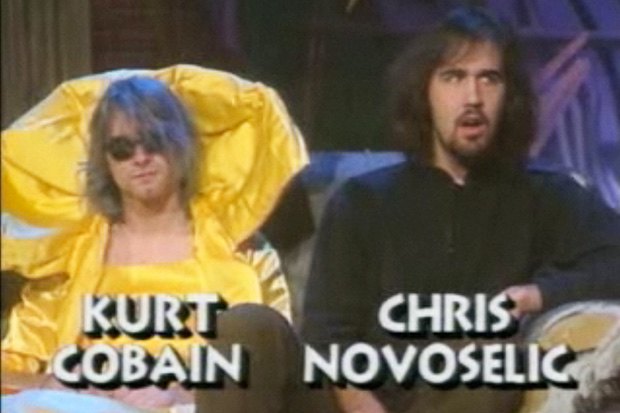 Twenty-five years after it was founded, MTV’s once flagship heavy metal show Headbangers Ball is apparently being terminated, according to host Jose Mangin. In a video interview on metal blog Horns Up Rocks (via Blabbermouth), Mangin claims the decision to kill the currently web-only series isn’t about saving money. It’s about aesthetic.

UPDATE: A spokesperson for MTV sent SPIN a statement reading, “MTV is committed to the Headbangers Ball franchise and can confirm that it will continue as an online destination with its hub remaining on MTV2.com. The company’s deal with Jose Mangin has concluded, however MTV will continue to program a weekly playlist for fans of the genre.”

Mangin didn’t mince words. “Right now, it doesn’t really cost them anything, ’cause I do it. I host it, produce it, edit it […] all myself. But I guess it’s just the odd man out of their lineup,” he said, before breaking every heavy metal heart in the world. “They do a lot of hip-hop, and they support that music fully. They used to support rock.”

He went on: “Someday, somebody will be there and they’ll be, like, ‘Why aren’t we doing something with rock music?’ Somebody will someday say that. But in the meantime, I’ve been honored to do it for four years. Just to say those words […] means a lot for me, ’cause since I was a little kid, that was my show.”

(The relevant quotes begin around the seven-minute mark of the below video interview.)

A million Flying V necks just snapped while a chorus of demons wailed and a single tear rolled down the leathery red, pockmarked skin of Great Satan himself. For the first time in all of eternity, Hell is holding a moment of silence. Still, MTV has been trying to rid itself of the show for more years than it’s been on.

In the late ’80s, Headbangers Ball was one of the network’s flagship shows, at one point taking up three hours on clutch TV time. But in January of 1995, it was cancelled without warning, then resurrected in 2003 on sister network MTV2. After 2007, it was only broadcast erratically.

Mangin, who is also a program director on DJ for Sirius XM shows “Octane” and “Liquid Metal,” took over as host in July of 2011 when the show moved online. He said he plans to start a new show called Hard Attack TV which would include “concerts, taco sessions and stuff like that.” Sadface.