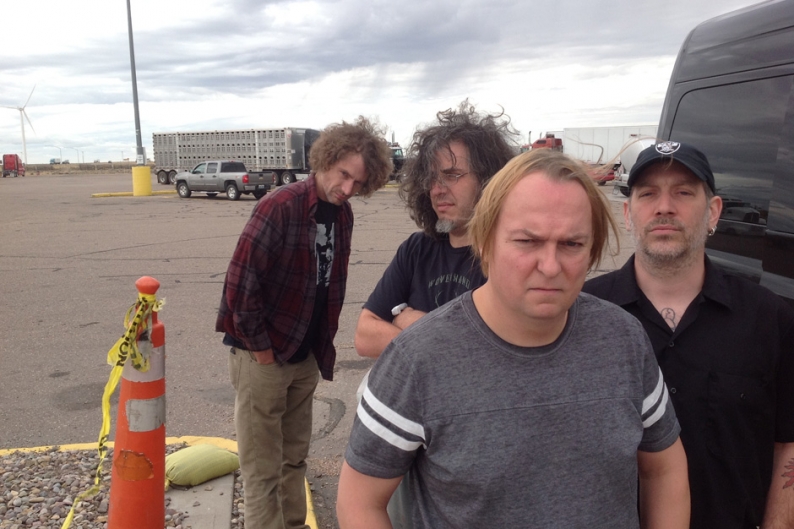 I don’t think there was two miles of straight road between Boise and Missoula. You are basically driving half a figure eight for hours on end. This added about two and a half hours to an already long drive. There are no freeways between those two cities. Great. The last time we drove through that neck of the woods we got a lot of, “Why don’t you go back to California” from the Idaho locals because of the California plates on our van. Great again. Thank you!

And I did have my heart set on moving to out back Idaho. No, I did my time with the rednecks when I was growing up and I can’t say I liked it much. Ninety-nine percent of the people I grew up around were total asshole bastards and I’m sure the same can be said of almost any of the cretins living deep in the woods on any part of the globe. I am done living with the rednecks. From here on out it’s just me and the city, the only problem is that 99 percent of the people who live in the cities are bastards as well. Such is life I suppose….

Anyway…we rolled into Missoula late and quickly set up our gear. The show was in a bar of course, because we almost always end up playing in bars and this bar was fine. We had a great show in Missoula and everyone who worked at the bar that night was very nice.

That being said, I don’t like people in bars. In fact I don’t like people much at all, let alone the drunks in some dingy hellhole. I never did my drinking in bars and, if I still drank, I doubt I would find much interest in sitting around a fucking bar swigging overpriced shit booze. Fuck that. Drinking for me was an adventure. It took me places and those places rarely included bars. I loved driving around drunk or drunkenly running wild through the woods or just sitting at someone’s house and while their parents were gone and getting shitfaced. Or getting drunk at school. Now that was fun.

What is it about being young and drunk that is so attractive? I don’t know really because it makes little or no sense. I’d imagine it has something to do with dealing with the fact that your becoming an adult and drinking is an almighty escape from the reality of being human. All booze is the same. It never ceases to amaze me how important it is for the people around me who drink to get just the right kind of alcohol. I’ve never understood this, especially when I consider the vast amounts of alcoholics surrounding me who I know would drink out of a fucking toilet if it ended up that that’s where the only booze was.

Anyway….The show in Missoula was a blast! 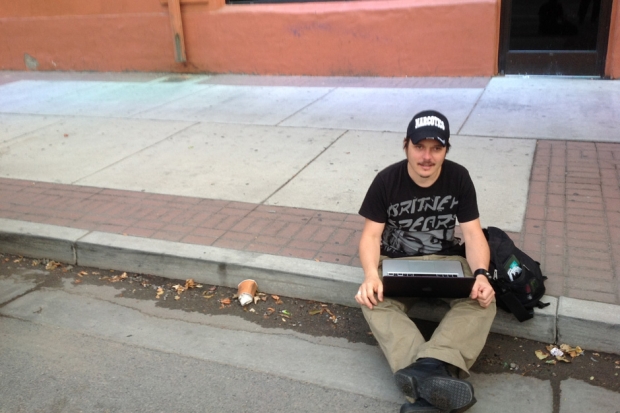 Salt Lake City: Over the years our shows in Salt Lake have gone from really pathetically bad to actually really fun. We played our first show there in 1985 I believe to about 20 super uninterested creeps. After we were done I had to listen to a drunk in his 60s tell me why we should just quit. Unfortunately when people are drunk they always tell the truth. Well, I for one am sick to death of the drunken truth. I wish these sorry sons of bitches would just keep their mouths shut whilst hammered. Tonight was a really fun show…

Quotes of the night from fans were:
• “If you guys are doing one show in each state, then why are you playing in Salt Lake?”
• “51 shows in 51 days right? Well how long does a tour like that take?”

I just stare at people who ask questions like that, or I say something like, “I’m not really sure” and leave it at that. Brian, one of our crew guys commented later that it was the kind of show where everyone there seemed like they were actually listening to what we were doing. I agree. I agree and it’s refreshing to have that happen once in a while. Thank you, Salt Lake!

We got up early the next day and drove to Cheyenne, Wyoming, for what turned out to be a show not unlike our show in Salt Lake, meaning really fun. It was a sort of rec center where they brought in all of the production. I was expecting Cheyenne to be us playing to eight half drunk cowboys telling us, “They moved the pool table tonight for this shit?”

I really dig playing in places like Cheyenne and that’s how it works on a “record breaking” tour such as this. We have to play every state. Which reminds me: On our drive after the show in Salt Lake, we got word that George Thorogood and Co. were all hacked off at us for saying they didn’t actually finish their 50 states in 50 days tour in the early ’80s. And they were looking for our manager and demanding an apology. Well, I don’t work real well with people demanding stuff, so we can look at this two ways: 1. We can say, “Whatever bitch” and basically do nothing; or 2. We can say that we’re sorry. What surprises me is that these guys know who we are at all, let alone feel threatened by anything we could ever say in the press. Are they kidding?

We’ve never had our songs in beer commercials or sold shit loads of records the way they have. Considering how well they seem to have done, it seems like a weird thing to get all hacked off about but hell why not, I guess. Who knew they would get so ma ma ma ma ma mad. I suppose they could be right and if they are then we really are sorry. We’re sorry we said you didn’t do it if you really did.

However…we know for a fact you are not in the record book because we checked on that. And, when you were doing that tour around 1980, I remember hearing that you quit after like 30-some shows. And I’m not the only one who heard that, so I didn’t just pull that fact out of my ass. Besides, who cares really?

If you did it then we’re sorry. And if you didn’t, then you are simply not telling the truth, neither of which makes any difference. We get to live in our fantasy world and you get to continue making a killing playing Indian casinos and state fairs! I mean we really have to hand it to you guys. You’ve made a fortune by playing and selling nothing but Bo Diddley and John Lee Hooker covers, and for that, we salute you! Thatis nothing short of a goddamn miracle! Now there’s a record you can really be proud of!

Never wrote a single song and yet still sold millions of records and played concerts all over the whole world! Just like Madonna and Britney Spears! But let’s get back to what we were originally talking about….

If you guys did actually finish the tour and you are nonetheless still not in the record book, well….Whatever, bitch. 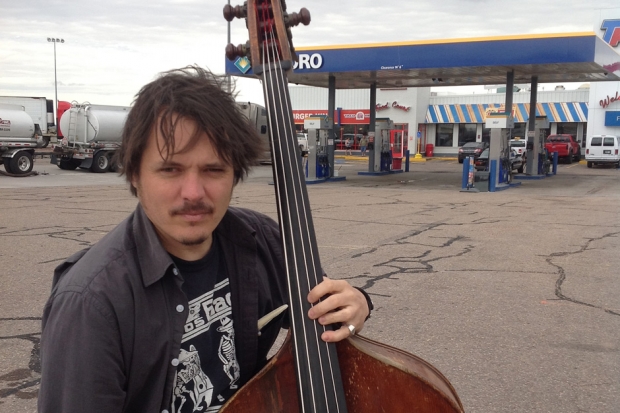