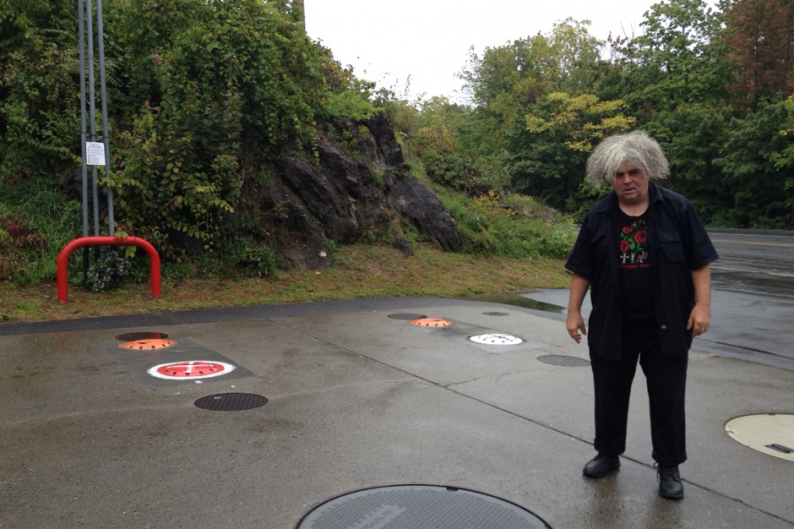 We are well into this infernal tour and now it’s dark. Well, it’s not actually dark but that’s what Frank Booth would say and I’ve been on a Blue Velvet bender as of late, meaning I’ve watched all or part of the movie Blue Velvet for the last eight nights. Best sex scenes ever put to film! I can’t watch those parts without laughing my ass off and laughs are good on tour, they give you the strength to go about your day and make it easier to face life itself. I’ve been trying to talk Trevor into playing the song “Blue Velvet” in his solo but so far no luck. I still have half the tour to make it happen.

The 51 in 51 tour has been fun so far with no major screw-ups at all. Everyone seems to be doing well. We are busy every day just keeping ourselves on the road but it’s not that hard really. It’s a lot of shows in a row, but so what?

In Detroit I did a radio interview with a DJ who really wanted to know where I stood politically. I asked him who did he think he was talking to, Bono? Bono… Great. Yet another horrendous rock-star jackass spouting half-baked political horseshit with absolutely no information to back any of it up. Does anyone want to listen to some rich idiot who most likely did a shitload of blow and decided in a drugged-up stupor that they could save the world? Not me. I fucking hate that shit. These loudmouth morons are just that, and it doesn’t take a bullshit detector to figure it out either. I prefer to get my political beliefs from a higher source than whore-mongering drug addict entertainers. What source would that be you ask? No one cares what I think and why should they? What I think about politics or any social issue doesn’t matter. On most nights I’m nothing but a blowhard entertainer as well, making a hideous noise and screaming my head off inside some filthy wretched den filled with drunken teenaged thieves and that’s fine by me.

Let’s just leave it at that…. 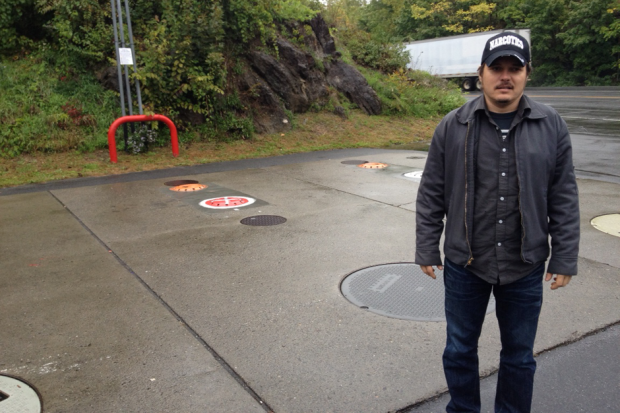 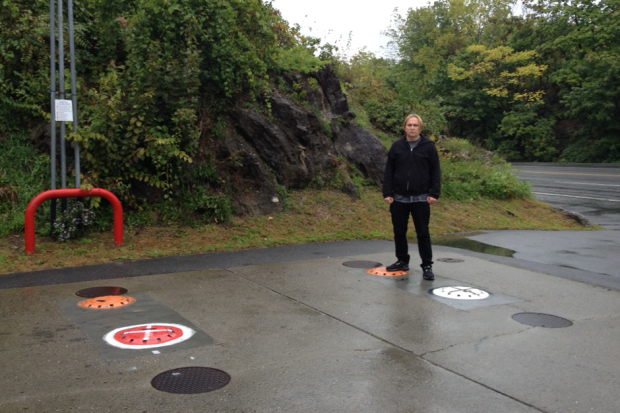 In Cleveland, after we loaded in, I watched a twentysomething hipster girl vomiting in the gutter next to a parked car 30 feet from the entrance to the club. This enticing display was obviously drug-induced and I noted with some respect that she had clearly gotten her money’s worth for that day. I told the story about the whole incident later that night from the stage, and afterwards a drunken Melvins music fan told me that “drugs should just be legal, man, so that people like her could just be left alone.” Left alone? She was the one openly fucked up and vomiting in public, and besides no one bothered her at all. I certainly wasn’t going to go over and see if she was OK. She had it all under “control” and the very last place I want to get is between a junkie and their weird drug trip no matter what kind of public spectacle they’re making of themselves. I make a point of leaving that kind of shit alone. I guess we could provide a place for these junkies to vomit in private, but fuck that…

And besides, what if they did legalize all drugs? How would that work? Would you just be able to sit on an open street corner and bang government-certified legal smack or would you be under risk of getting a “shooting-up in public” ticket? Maybe you would just be able to walk into a legal “drug den” and throw your arm and a 10-dollar bill down on the bar and say “surprise me” and have a hot-looking waitress in a rubber nurse’s uniform blow your head off with a syringe full of pure Nazi crystal meth. Actually that sounds pretty cool.

Trevor and I talked to an eight-foot tall butch Ohio kickboxing girl after the Cleveland show. She was on crutches as a result of double knee replacement surgery and she had an eight-inch scar running down the side of her face. She openly told us that she hated anyone who lived outside of Ohio and that Trevor looked like a “metrosexual,” explaining that a “metrosexual” was someone who looked like a queer but really wasn’t. I told her I was impressed that she was filled with so much pointless hatred but she was dead wrong about Trevor not being queer.

As if that wasn’t enough, in Cleveland I also got to listen to some smart-ass boozer tell me that he “had to drive all the way up from Pittsburgh to see you guys tonight. I think it’s bullshit that your not playing Pittsburgh.” I explained that we already had the routing planned in relation to the drives for each of the 50 states plus DC in 51 days and that routing didn’t include Pittsburgh. We needed a gig that was closer to our next show after Pennsylvania which would be in Vermont, to which he replied, “Oh, so on your 51 states in 51 days tour you’re only doing one show in each state?” Indeed….I didn’t bother telling him that the next show after Cleveland would be in Morgantown, West Virginia. Morgantown is actually a lot closer to Pittsburgh than Cleveland is. And so it goes….

We loaded our gear after the Cleveland show and drove for an hour and a half to a friendly roadside motel. I tossed and turned like a helpless idiot for most of the night, which kept me in a perpetual state of almost-awake sleep where I could see all of my dreams very clearly and I took note. I saw a bright blue sky with soft white clouds and a sun that shone so brightly that I needed to cover my eyes. I saw endless deep caverns with bent and still-bending forks standing in long lines like sentries. These had a very distinct Dali like look to them. I saw friendly rocks that could talk and they told me coded secrets of the earth that I now of course can’t remember. 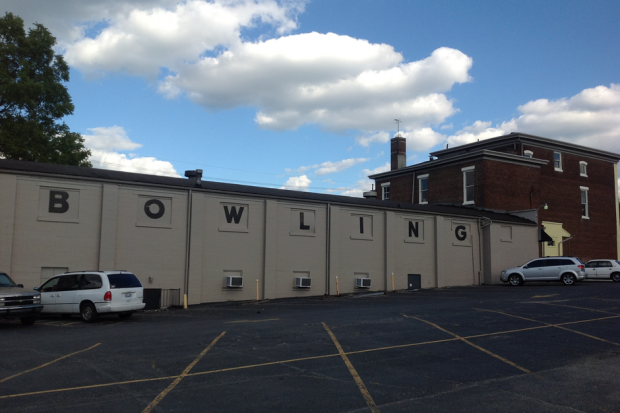 In Morgantown, West Virginia, I had some creepy little four-eyed freak ask me if I felt bad about what happened to Kurt Cobain. Now here’s a kid who looked as if he was barely even born when Cobain died. Confused by this weird and openly familiar question I asked him what the hell he could possibly mean. He asked if I felt bad about being involved in his death. I asked him how exactly was I involved in his death? He said, “Well, you know, by introducing him to music and shit.” I had to admit he had a weird point….

I mean, had Cobain never met me he most likely would have fallen into a dead-end job not too far outside of shitty Grays Harbor. That doesn’t mean he wouldn’t have ended up dead anyway but I certainly don’t feel bad about a goddamn thing. It’s weird to me that anyone would think otherwise. Why should I feel bad? Do the fucking Germans feel bad about WWII? How about the Japanese? Do the Italians feel all broken up about El Duce and teaming up with Hitler? Do the French or English hang their heads in shame when it comes to thinking about how they fucked over half the globe? As far as I can tell they don’t feel bad about any of that shit, in fact it’s just the opposite. They could seemingly care less and instead proudly wave their countries flags all over the goddam world. So be it, but I will most certainly continue to contemplate this interesting scenario. Ha! 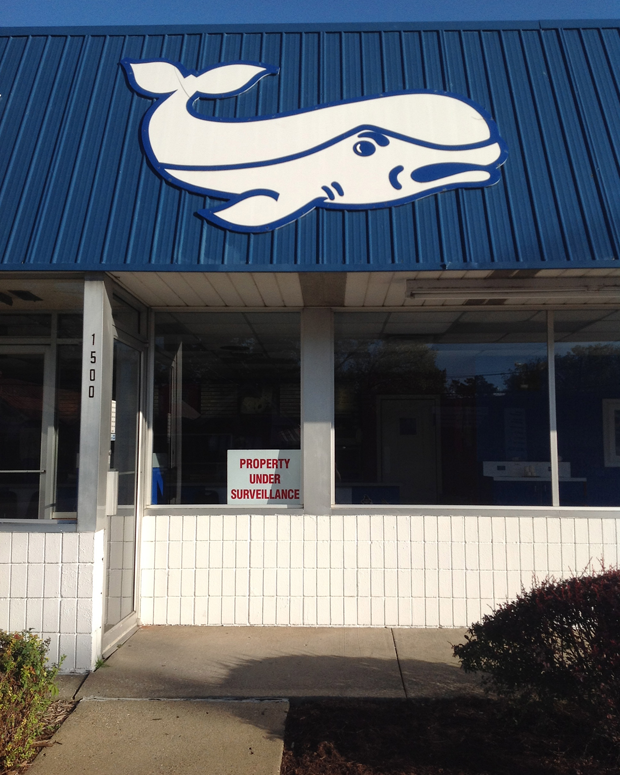 There’s been even more noise as of late about George Thorogood beating us to the 51 states in 51 days record. Apparently his manager says he did it and even promises there are a lot of promoters and other rock’n’roll low-levels who will swear that it’s the honest-to-Jesus truth. Wow. We are so impressed! Lord knows that no one involved in the music business has ever been known to tell bullshit stories. And we heard that George wishes us well on our attempt to break his totally unprovable “world record.” Thank god for that I suppose. I mean, as long as George isn’t mad….