Madonna Knows Obama Is Not a Muslim, Doesn’t Know Definition of ‘Irony’

Queen of Pop explains her in-concert statement, "For better or for worse, we have a black Muslim in the White House." 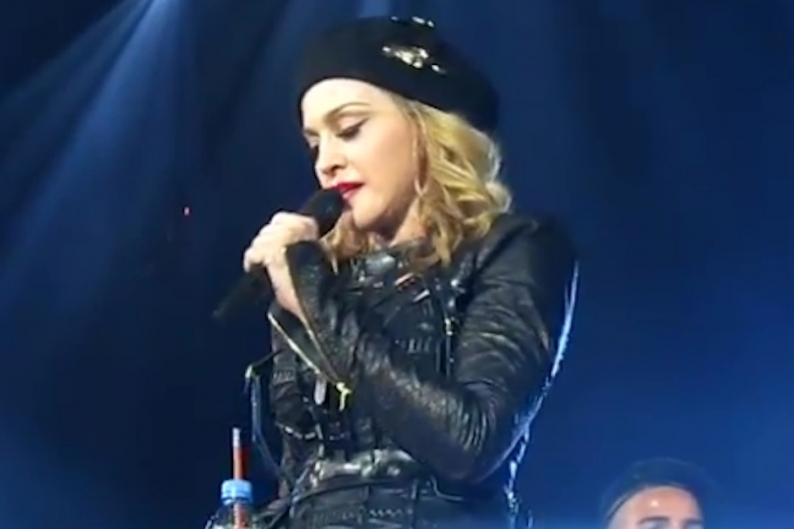 There is a moment during every Madonna show on her MDNA tour when she pauses and sips from a water bottle via a thin red straw, beret atop her head, and delivers a little monologue. Past subjects have included Pussy Riot, Lady Gaga, and world peace. Two days ago in Washington, D.C., the topic turned to the election. “Y’all better vote for fucking Obama, okay?” Madonna announced, pausing for a dramatic sip. “For better or for worse, we have a black Muslim in the White House.”

What happened here? Was Madonna honestly misinformed about President Obama’s religion? Was she mocking clueless voters who think he is a Muslim? Was she high on MNDA?

The answer, per the Queen of Pop today: “I was being ironic onstage. Yes, I know Obama is not a Muslim — though I know that plenty of people in this country think he is. And what if he were? The point I was making is that a good man is a good man, no matter who he prays to. I don’t care what religion Obama is — nor should anyone else in America.”

Seems like Madonna has mistaken “irony” for “sarcasm,” which isn’t fantastic, but it’s far better than mistaking it for “shit luck,” as her signee Alanis Morissette did all over a massive pop hit in 1996.