Still Party Rocking: LMFAO Did Not Break Up

Despite Aussie reports, the dance duo are still going strong 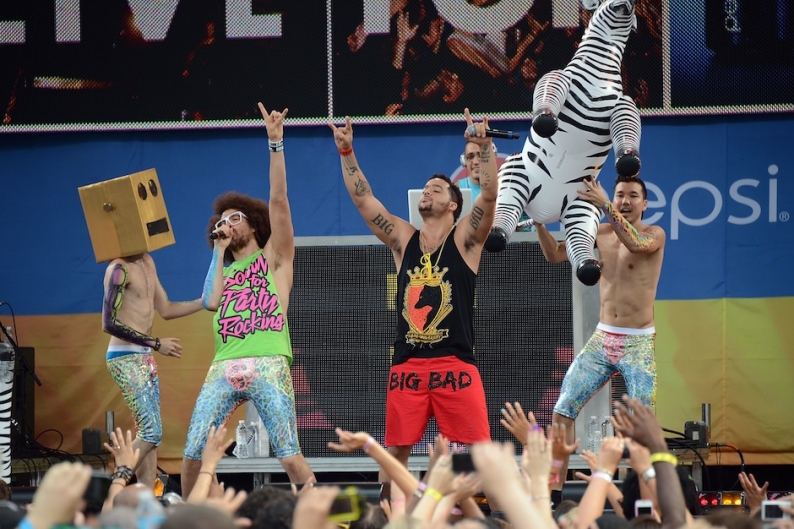 LMFAO Split; Dance World in Mourning shouts an Aussie headline with a wink today. Evidently Redfoo gave an interview to the Australian press noting that he and partner Sky Blu are taking five. “I feel like we’ve been doing this for so long, five or six years. And we’re kind of like saying, well, let’s just do what’s natural and just kind of explore that, instead of like forcing it all the time,” Redfoo told News.au.com, noting he’ll be working on solo music he promises will be “LMFAO-ish.” He added, “I love all the topics that we talk about,” he said. “I was really passionate about bringing party music to the world, so I will always be making some kind of party music.”

But contrary to the Internet’s evident glee (and frankly, who can blame everyone), the duo are not kaput. Their publicist confirms to SPIN they have not broken up, but are merely doing exactly what Redfoo said: working on separate projects at the moment. Which, note to the press, is what artists do when they are in between projects. So stay calm, Jersey Shore nation. There is still plenty of party rocking left to do.