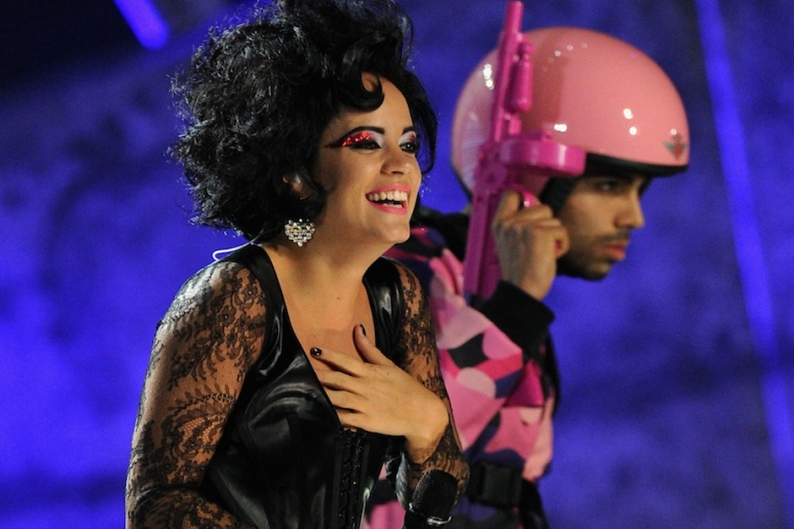 When you’re looking for a dash of brutal honesty, you could do a whole lot worse than turn to Lily Allen, the British pop shit-talker now professionally known as Lily Rose Cooper. After a period of near-silence since 2009’s It’s Not Me, It’s You, Rose Cooper makes her much-hoped-for return to pop on “True Love,” the latest track to emerge from Pink’s September 18 album The Truth About Love (via the NME).

After the party rock of Eminem-assisted “Here Comes the Weekend” and bad-day anthem “Blow Me (One Last Kiss),” Pink’s latest pairing is a light, frothy palate cleanser. Her lilting vocal brings to mind the laid-back Southern California pop of Jason Mraz, and the lyrics slyly allude to Kelly Clarkson’s “My Life Would Suck Without You.” But the bouncy, ska-inflected piano-pop tune’s biggest appeal lies in Pink’s lived-in take on r-o-m-a-n-c-e: “I really hate you so much / I think it must be true love.”

No one can drive you crazy like the ones you love. Which is one way of describing Rose Cooper’s all-too-brief guest appearance — she sings for approximately the song’s least memorable 20 seconds, but it’s good to have her back just the same.