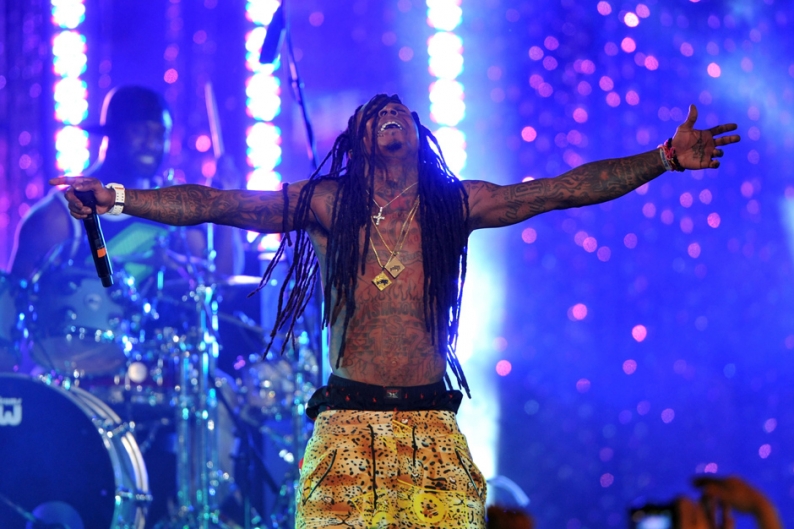 It’s a big day for chart upsets. Earlier, we learned that Mumford & Sons are on their way to outselling Justin Bieber in first-week album sales. Now Billboard reports that Lil Wayne has unseated Elvis Presley for number of singles to reach the celebrated Hot 100 chart.

Weezy hits 109 — fortuitously on the same day he turns 30 years old — thanks to his prophetically titled Game collab “Celebration.” It took the King more years than he had on this Earth to nab 108 slots on the list, and Wayne’s only been at it since 1999, but both have been bested by the Glee cast’s 204 positions in three years.

Worth noting: Presley was the lead artist billed on every single one of his hits, while more than half of Weezy’s winners have him credited as a featured act. It’s also been suggested that the King would’ve put up about 30 more songs had the chart existed two years earlier.

And sure, Presley may have served during war time, but did he ever open a skatepark? Wayne did that, yesterday in fact. He kicked off the grand opening of his Trukstop park in New Orleans’ Lower 9th Ward with a few kick-flips, and help from his partners at Mountain Dew.

Weezy also just dropped a sk8-focused video for his Dedication 4 freestyle over Future’s “Same Damn Tune.” DJ Scoob Doo directs. Where does he find the time?