Watch them perform 'Black Dog' from the new live DVD 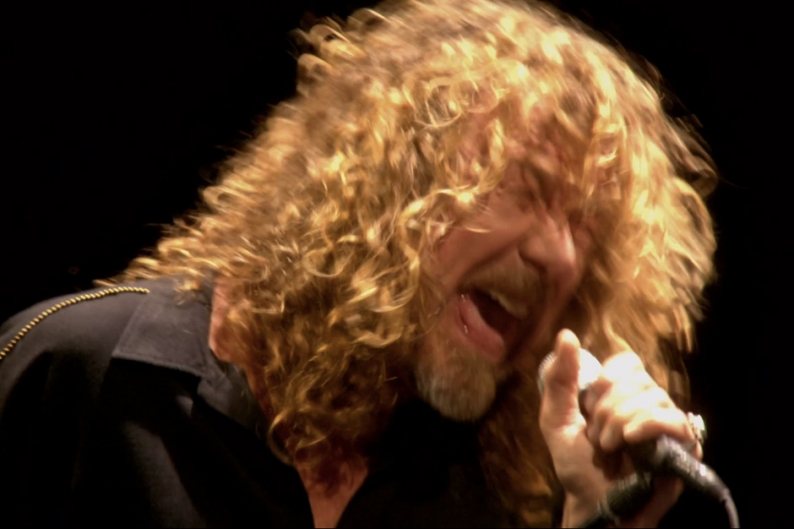 Despite widespread hope that Led Zeppelin had called a press conference today in order to announce a fresh run of shows — or even just one mega-show — it turned out they only wanted to talk about an old concert: 2007’s colossal reunion gig at London’s O2 Arena, which is coming to us in DVD form, as Celebration Day, on October 17.

Robert Plant, Jimmy Page, and John Paul Jones took the stage following a London press screening of the two-hour live doc, but they reportedly dodged every question about the band’s future together. As Billboard reports, when one journalist asked if the band would “do it again,” Plant made a funny: “With you?” Cheeky bastard.

Page was even more oblique. “Can I ask you a question? You’ve all been to see the film. Did you enjoy it?” Yes, yes, pops, we dig the flick. “Then we’ve done our job,” he finished, as if that did anything to stem the tide of speculation over whether of not one of the greatest rock’n’roll bands (mostly) alive would deign to play us a song.

Asked why it took so long to release the DVD, Jones responded, “Five years is like five minutes in Zeppelin time.” Since the Zep broke up in 1980 following the death of drummer John Bonham, they’ve only reunited for one-offs. At this pace, it’ll be at least 10 minutes until the next one. Check out Bonham’s son Jason drumming in this Celebration Day clip of “Black Dog.”