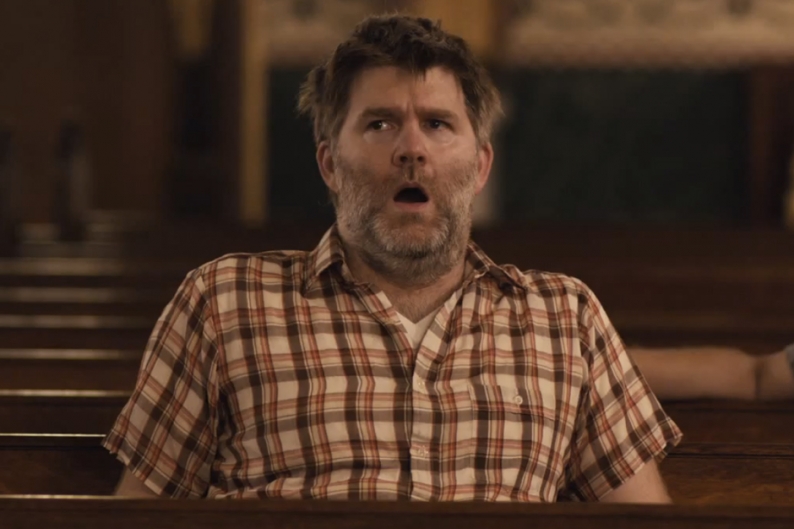 The Comedy is not a comedy at all, but the film does star Tim Heidecker and Eric Wareheim (the titular dudes of Tim and Eric Awesome Show, Great Job!) sometimes doing comical things as a pair of hipsters aging ungracefully in Williamsburg. Their too-cool crew is rounded out by none other than former LCD Soundsystem frontman James Murphy (who’s aging more gracefully than any other hipster we know) and, to bring it full circle, music-making funnyman Neil Hamburger. Those fellas and a couple of other dudes of note — Okkervil River’s Will Sheff, the Shins’ Richard Swift — appear in the first official trailer of the film, which was released today. Bloominton, Indiana indie label Jagjaguwar helped produce the Rick Alverson co-written drama, and they’ve also just announced the soundtrack, out November 13, which features a Gayngs cut alongside more obscure fare. The songs have been chosen “to exemplify the Autumn of the American Era.” The film goes on-demand in October and hits theaters November 9.

Get weird (soundtrack lineup after the video):