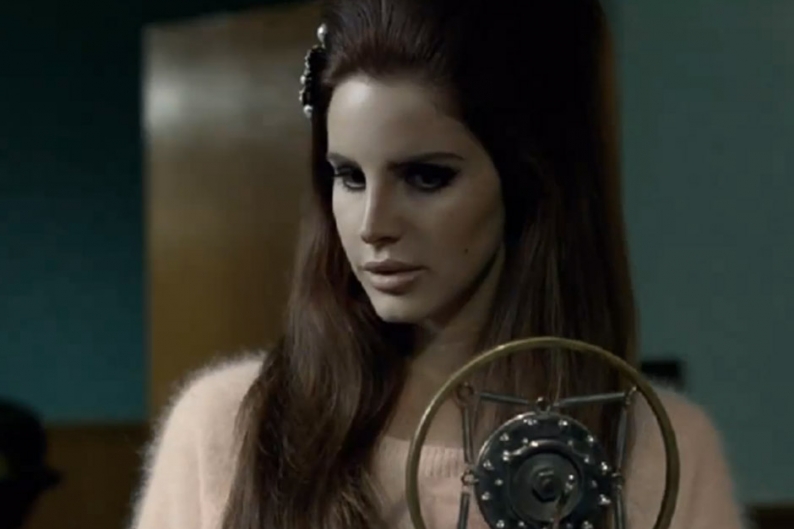 Living mannequin Lana Del Rey postures longingly — and in mohair! — in her first 30-second spot for H&M. The clip, now airing in Scandinavian markets, sees the Born To Die singer in two outfits from her H&M lookbook as she croons 1950s standard “Blue Velvet” into a retro microphone in a creepy, David Lynch-referencing hotel room — though, the creative team behind the commercial’s concept seem to have gotten their wires crossed.

Blue Velvet is, of course, Lynch’s 1986 film about a disembodied ear that stars Isabella Rossellini, Dennis Hopper and Kyle MacLachlan. The H&M ad, however, is a direct homage to Lynch’s early ’90s TV series gone one season too long, Twin Peaks. Specifically, the use of the telephone, the positioning of the couches and the cameo by a little person are taken from the famous red room dream sequence. That show also starred MacLachlan in a sort of similar role (in each title, his character investigated the plot’s central mystery), so… points for trying?