Ke$ha’s ‘Warrior’: Everything We Know About Her ‘Cock Rock’ Album

The girl who pees glitter's second album is due December 4 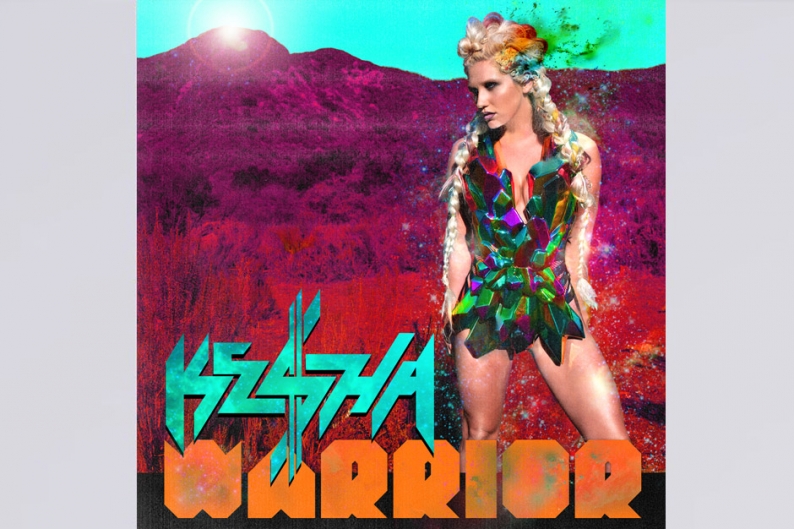 That ’70s cock-rock album Ke$ha keeps threatening to make has a name, cover art, track list, and drop date. The “Sleazy” singer tweeted yesterday, “ANIMALS. It’s time. Die Young: 9/25 Warrior: 12/4.” Translation: First single “Die Young” will arrive on radio and at digital retailers five days from now and her second album Warrior has a December 4 release date. So what do we really know about one of the year’s remaining potential blockbusters?

What’s Up With the First Single?

“Die Young” may be the “old hippie rock” song co-written by fun.’s Nate Ruess. Producer pal Benny Blanco, who worked the track with Dr. Luke and Cirkut, told Rolling Stone last month, “It’s stomps and claps, and the chorus doesn’t really have any drums in it, basically. The feeling is so good… And then the verse just pops in, and it’s very unexpected and it pops into electronic. So it’s rock, it’s big electronic breaks and drums.”

Ke$ha teased the tune earlier this week via a short black-and-white clip of her wailing the hook on a Tokyo subway platform.

Who Are the Album’s Special Guests?

Ke$ha’s work-husband (and blood brother) Wayne Coyne will show up at least once. In recent months, The Flaming Lips frontman published videos of himself during various stages of at least one track’s creation. In one clip, he sings the lyrics, “You control my heart / so don’t be an evil motherfucker.” The list of collaborators also includes Iggy Pop, the Black Keys’ recently married drummer Patrick Carney, Ben Folds, Will.i.am, and a crew of superstar writers and producers (Max Martin, Benny Blanco, Cirkut, Bonnie McKee, Greg Kurstin, Kojak, Ammo, and Billboard). Dr. Luke executive produced.

Coyne’s inevitable experimentalism aside, the album’s overriding theme seems to be “ballsy” throwback guitar rawk, with Ke$ha namedropping to Digital Spy influences like Led Zepplin, AC/DC and Iggy Pop’s 1977 Bowie-bolstered solo debut, The Idiot. “I just want to capture some of the true essence of what rock’n’roll is, and that’s just irreverence and sexiness and fun and not giving a fuck,” she told MTV News. But after hearing 17 works in progress, Rolling Stone described them as “ultracatchy dance tracks.”

How Has Bob Dylan Influenced it?

After covering the Bard’s “Don’t Think Twice, It’s All Right” for an Amnesty International comp, Ke$ha has said she learned to dial it down a bit. “I have learned over the past three years of doing this that being vulnerable doesn’t mean you’re weak,” she told MTV. “I very much want to be seen as a strong woman, but I realize that vulnerability can also be a strength… and a nice balance to humanize the other side of my personality.”

How Has Ghost Sex Influenced It?

“Supernatural” has a fitting origin: RS reported the song is about a road trip that “included a sensual experience with a ghost.”

What Songs Are Actually on the Album?

Warrior will be sold as a 12-track standard edition and a 16-track deluxe. Extra rabid animals can pick up the album on Ke$ha’s website that comes with a five-song acoustic EP, too.

Correct, Ke$ha is not doing a Penn Badgley here. RS reports it’s inspired by a 1974 Neil Young track called “For the Turnstiles” and features Ke$ha singing “When I was broke, you bought me shoes.”