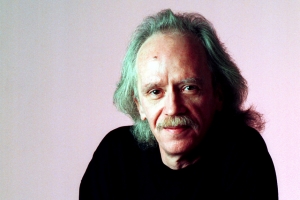 The primitive Prophet-pumped synth-drones from John Carpenter films like 1976’s Assault on Precinct 13 and 1981’s Escape From New York remains one of the most influential sounds in contemporary music — you can hear it in Portishead, Emeralds, Zombi, Oneohtrix Point Never, Gatekeeper, Demdike Stare, and all over Avey Tare’s swampy 2010 solo album, Down There. But the closer parallels to AnCo would probably be in the films themselves — the childlike wonder of Starman navigating Earth; the ambient terror of replacing a movie villain with a rolling fogbank in The Fog, or the rowdy band of truth-seeking outcasts in They Live! seeking to prove that conformity is for aliens.

NEXT: The Cassini Spacecraft