Electro innovator guides us through highlights from his 320-page book documenting his label's two-decade run.

1.Off to See the Wizard 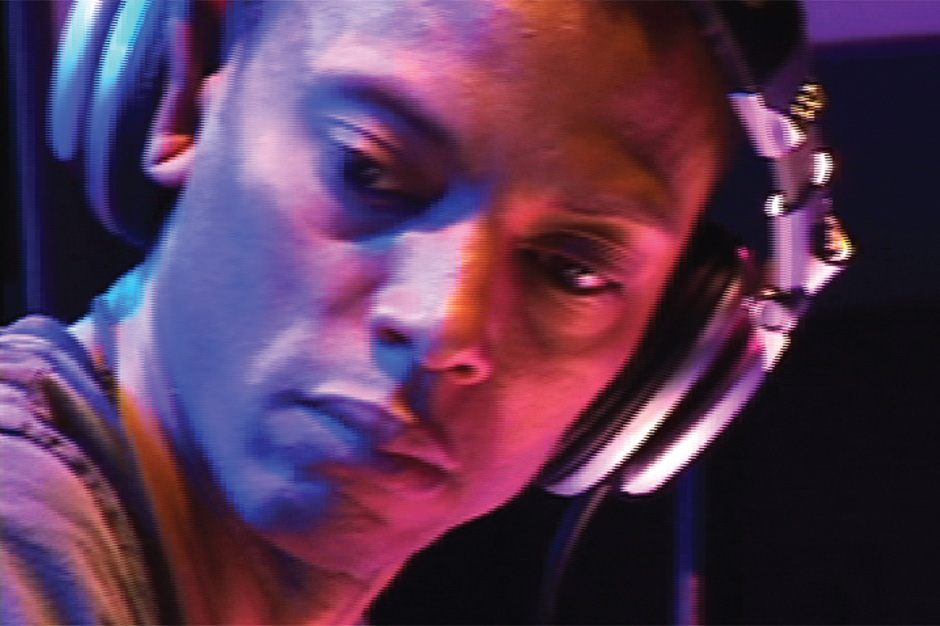 Since the 1980s, when his turntable skills led him to be dubbed "The Wizard" (and earned his radio show a time slot that competed directly with the Electrifying Mojo, a hero of Detroit's airwaves), Jeff Mills has become known as one of electronic music's most uncompromising innovators. Armed with four turntables and a 909, he's capable of rocking tens of thousands of ravers into drop-jawed abandon, but Mills has dedicated just as much of his energy to exploring techno's brainier side. This fall, he will publish Sequence: A Retrospective of Axis Records, a 320-page book documenting his label's 20-year-run. Click through the slide show to check out a sample of images and texts from the book, and read our epic interview with the Wizard himself. PHILIP SHERBURNE

2.Off to See the Wizard

Since the 1980s, when his turntable skills led him to be dubbed "The Wizard" (and earned his radio show a time slot that competed directly with the Electrifying Mojo, a hero of Detroit's airwaves), Jeff Mills has become known as one of electronic music's most uncompromising innovators. Armed with four turntables and a 909, he's capable of rocking tens of thousands of ravers into drop-jawed abandon, but Mills has dedicated just as much of his energy to exploring techno's brainier side. This fall, he will publish Sequence: A Retrospective of Axis Records, a 320-page book documenting his label's 20-year-run. Click through the slide show to check out a sample of images and texts from the book, and read our epic interview with the Wizard himself. PHILIP SHERBURNE 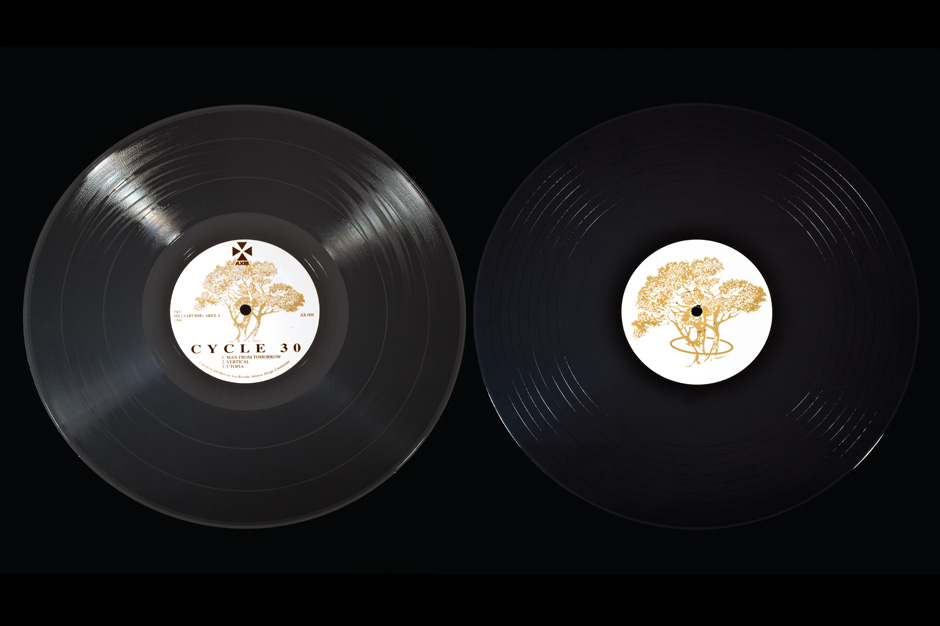 "The concept refers to psychological cycles of trend and preference that occur roughly every thirty years, when humans tend to repeat their experiences, giving a formula that one can strategically calculate. The symbol of the tree refers to the cycles that are shown when the trunk of the tree is horizontally cut and exposed.

Cycle 30 is signified by a unique mastering technique crafted by the late consummate mastering engineer Ron Murphy, where 8 single locked grooves were cut into the A-side of the vinyl symbolizing the tree's interloops.

Representing the growth rings, each ring-like loop represents 30 years. Two things were achieved by the design of this release. By the reducing the track down to an infinite running loop reinforced a vision in terms how Music and its format could become more simplified, allowing even more room for listeners to interpret its purpose, helping pave the way for the style of Minimal Techno we know today. The second objective was to show how the format of vinyl could physically display the concept. Not just used as a carrier of sound, but also as a symbol of how Techno Music has the ability to display something tangible." 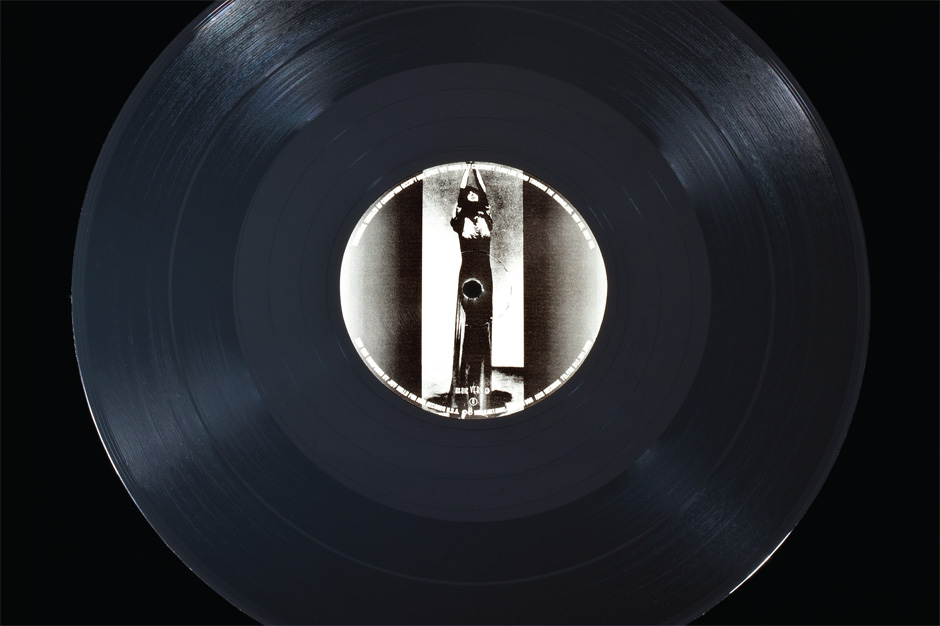 "This release displays how I was envisioning Techno Music would evolve over the coming years… organic and effectively moving away from the mainstream of the popular Music industry. This was also released at a time, when there was a common belief that Techno was an international community of like-minded people. 'Very me, very you' the label text reads, referring to 'by my acts, one has the chance to elaborate and expand the concept.' Manufactured with the perfume Chanel #5 sprayed on each label design before packing in plastic, I envisioned the idea of DJs using the sense of smell to locate this record when opening their record boxes." 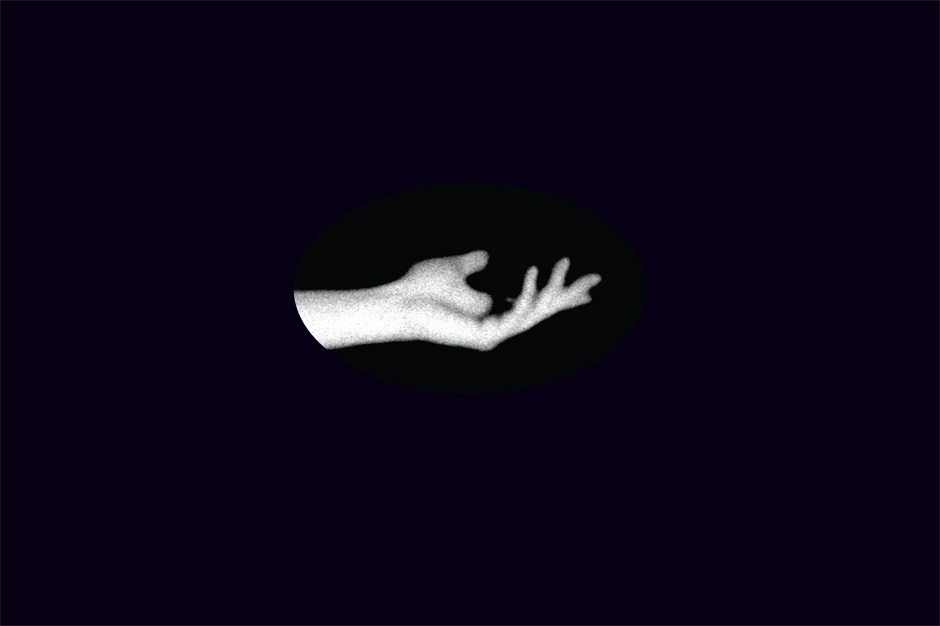 "The image of the extended fingers and hand was chosen because of its various spiritual implications. The Purpose Maker [hand] logo is a gesture of giving, the offering of something tangible that could be used for enhancement and enlightenment. The creation of this image was well thought of, from the slight positioning of the fingers, to the glowing softness of the photographic exposure technique, the result was to be minimally fundamental, while at the same time, an image of kindness and sympathy." 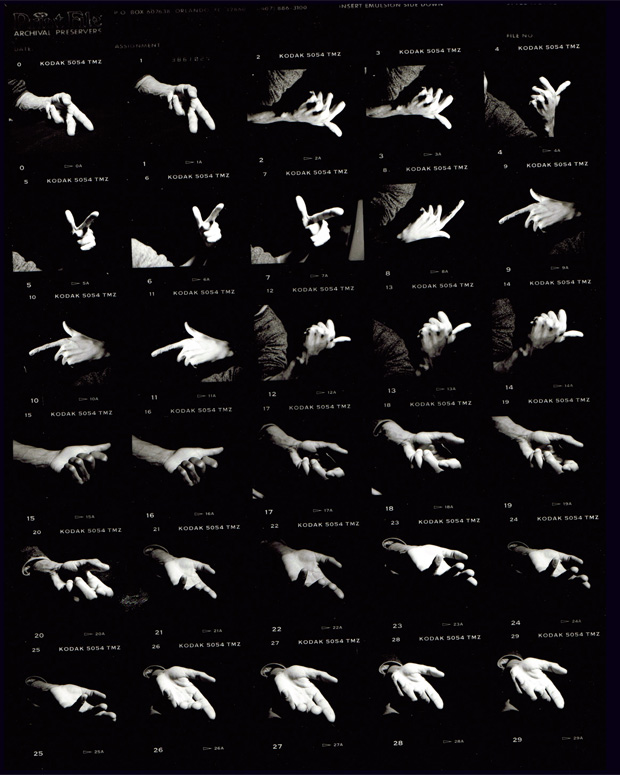 "The Purpose Maker photo exhibition was created in order to explore the ideas that the art form of DJing could be viewed and understood in various ways. Images of a DJ playing music for an audience or the fingers and hands operating a DJ mixer have always been the common scene that depicts the occupation; this collection of images, using myself as example, was meant to show what is actually being to used to show how the translation is being made from the mind to the machine. The last point of human contact." 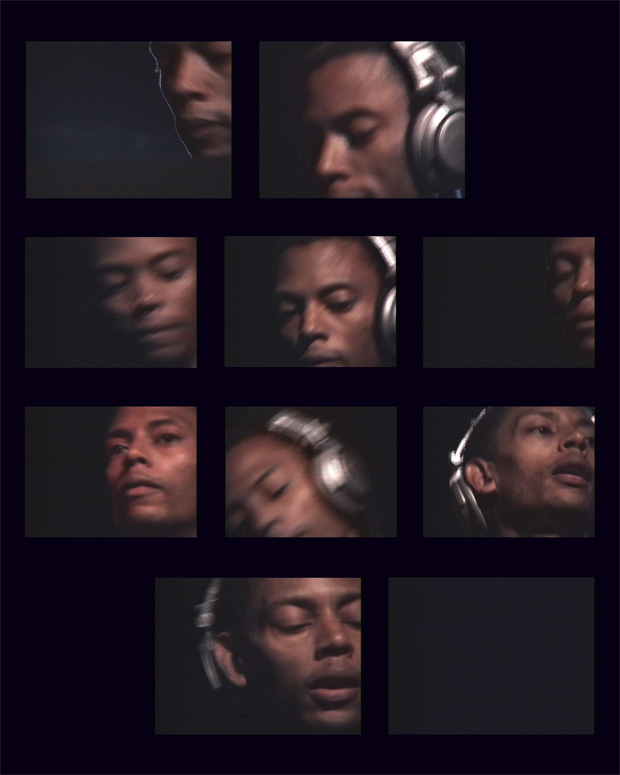 Jeff Mills in motion and playing for audience at unknown location. Date unknown. 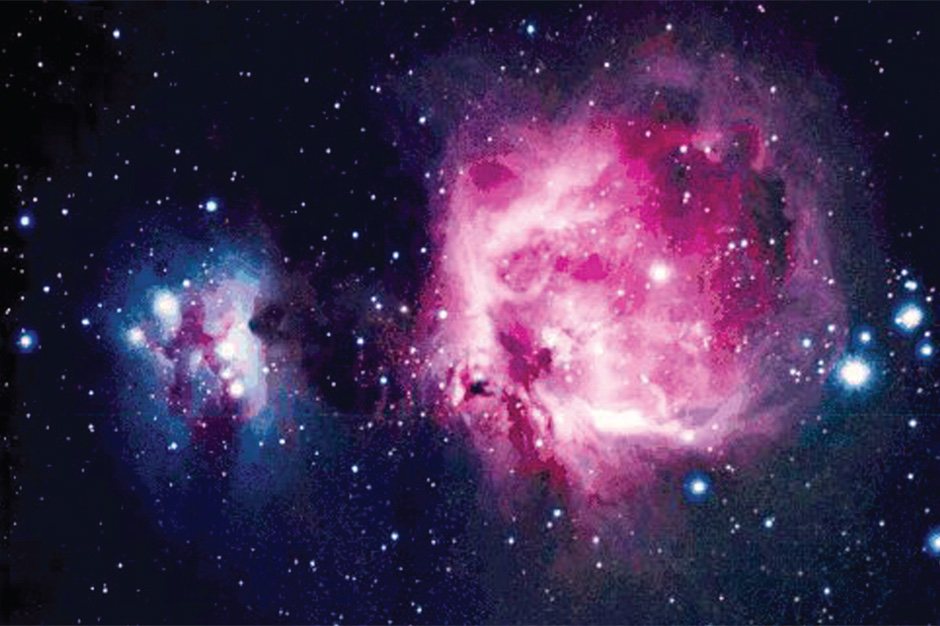 "If I had to translate the atmosphere of the way parties and festivals are structured, I have to assume that what we're trying to simulate is Outer Space and The Cosmos. The blinking of lights resembling the twinkling of Stars from human's perspective, the overall reduction of light to translate the feeling of being surrounding by the emptiness of space and vast distances between Planets and Stars. Enormous systems for sound that penetrates the human body in ways that seem uncontrollable and abnormal by the submission they demand. All these things are point to the way we perceive ourselves in an endless floatation." 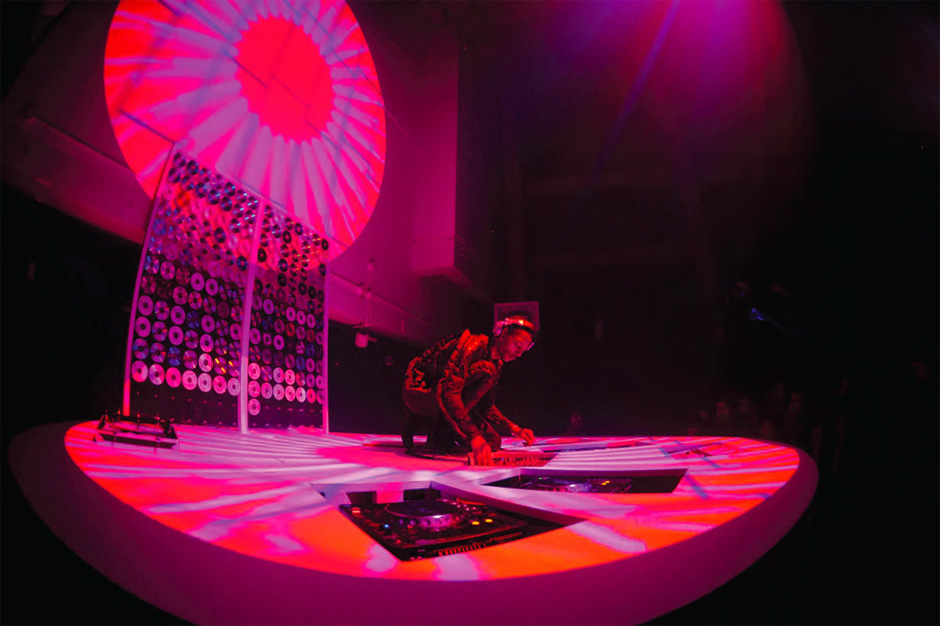 "Techno Music is still a relatively new genre. The incoherent rules and suggestive laws in which some people intent to judge its creative output often falls short of substantial explanation and at times, seem to only favorably serve a small select group in the international dance music community. It is easy to perceive dance music as being spent, exhausted or tired of new ideas and perspectives. This Sleeper Wakes project was designed to answer this inconclusive notion with solid proof that the landscape of uncharted territory still waits for us to arrive.

This Science Fiction based series is a matter of discomfort and desperation. In 2006, I found and measured the rate of creative growth in Techno Music as near stagnate pace and decided to design a project that would allow myself to break away from a particular market (Japan) and parts of the international Dance Music scene for an extended period of exactly 4 years. Using science fiction literature as a method, I conceptually created a interstellar space journey to other parts of the Universe in search of new Worlds. With discoveries, I would learn and bring back to Earth all that I have found and would reveal this information at exactly the first day of January, the year 2010 in Tokyo, Japan. An event entitled 'Sleeper Wakes'.

In reality, I retreated to my Chicago and Berlin based studios to create as much new music as possible in the 4 year span. Under the radar, I composed well over 700 hundred tracks to consider as 'new ideas or discoveries'. Avoiding any invitations to Japan, but keeping a close eye/hear on the developments of the Music scene for the expected 2010 New Year Eve return.

This CD album [Sleeper Wakes] is the first of a ongoing series that ignites these new possibilities. The track listing sequence and titles reflects the fictional story of a human on a deep outer space mission - traveling by the swirling Galaxies, conducting Space walks and exploring new planets.

The physical way to travel Outer Space is by looping and sling shot off planets in order to reach the next. The motion of looping and the image of optical Spirals are dominate and run throughout the release and project to mark the various on how travel would be conducted." 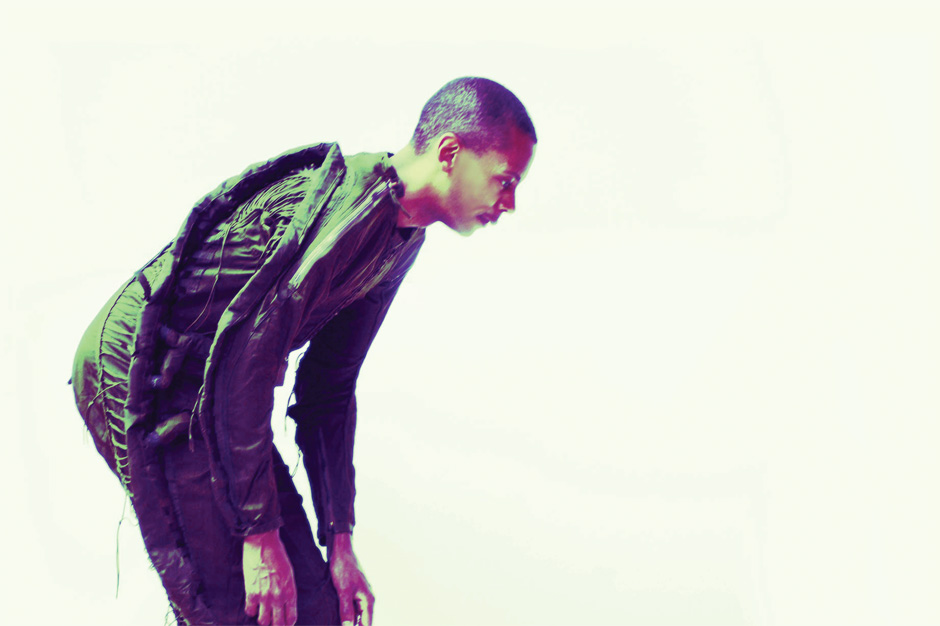 Jeff Mills wears one of the costumes of the concept "Sleeper Wakes" a story about extreme solitude in the vastness of outer space. 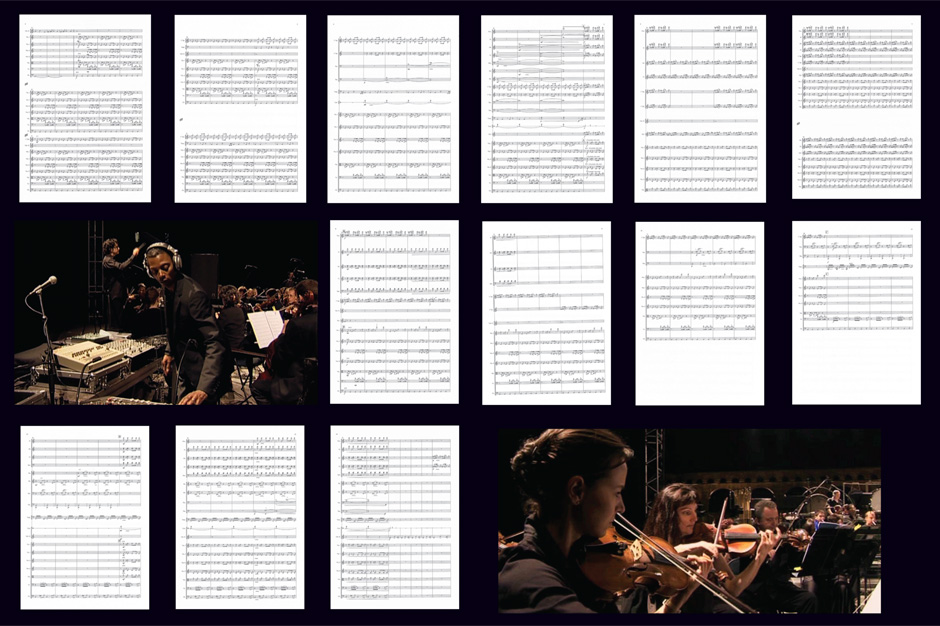 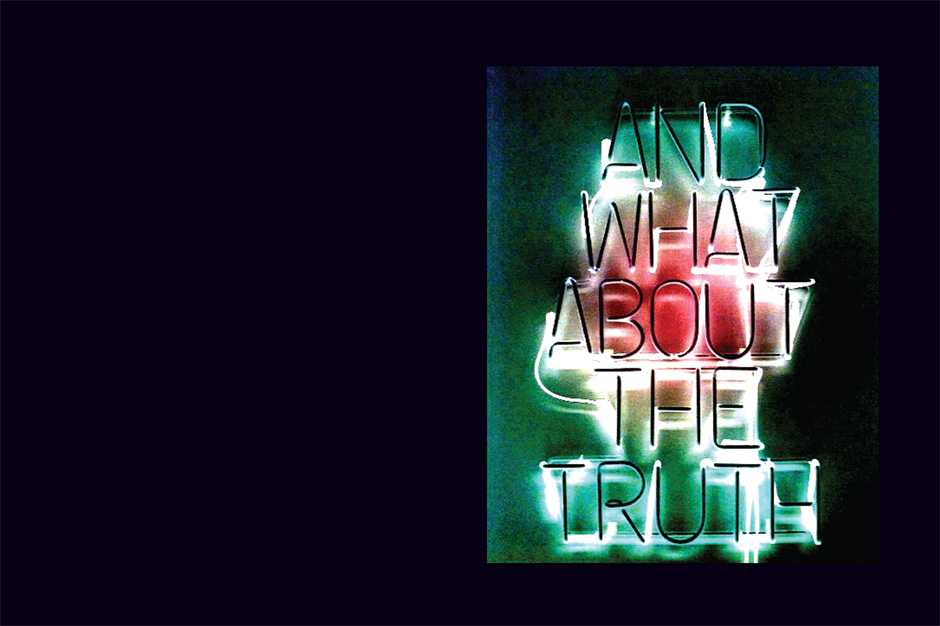 "As a on-going concept and art project, Jeff Mills uses a question and its appearance as Art. Designed to make people think and notice about the context in which the question is being asked, the words are typically presented in a excessive, overly opportunist fashion. In sharp contrast to the question itself."