The actor teams up with his friend Tim O'Keefe and, uh, Smokey Robinson for "Crime" 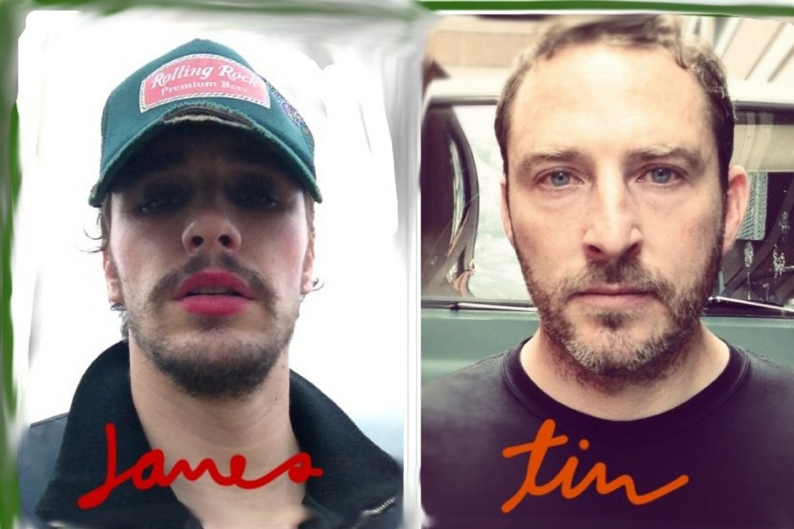 You can call James Franco a lot of things, but you can’t call him lazy. The multi-tasking actor recently launched Daddy, a new musical project with his friend musician-artist Tim O’Keefe. The duo’s heavily Motown-influenced EP, MotorCity, was released on September 25. “I had been listening to a ton of Motown, especially after being in Detroit for half a year,” explains Franco, who had been in the city filming the upcoming Oz: The Great and Powerful, about Daddy’s inspiration. “Another thing that happened at the same time was I saw Blue Valentine and I loved the song [“You and Me”] the characters listen to by Penny and the Quarters. I used that song in a Genius search on iTunes and found a bunch of other great obscure Motown songs. I loved the feel of Motown for our stuff because it was the opposite of what I thought would be the obvious direction — rock or something like that. I loved the smooth polished feel of Motown and the way it was so sexually oriented without being explicit.”

Slightly more explicit is Franco’s most recent film role, as rap scuzzball Alien in Harmony Korine’s Spring Breakers. His co-stars, Selena Gomez, Vanessa Hudgens, Ashley Benson, and Rachel Korine are featured on the cover art for the Daddy EP. Franco’s experience of acting in the movie also influenced the Daddy project. In one scene I performed with a local musician named Dangeruss in front of hundreds of people on the beach,” recalls Franco. “That showed me how different singing to an audience is than acting in a scene before an audience. When you sing you are connecting directly to the audience; when you act in a scene you are engulfed in the imaginary world and you are connected to the other performers. Audience response plays a big part in live theater, but not in the same direct way it does with live musicians.”

The resulting Daddy music was strong enough to entice Motown icon Smokey Robinson to lend his vocals to the slinky “Crime.” “Smokey is the nicest man alive,” gushes Franco, adding, “a very strange thing happened: I had been listening to Motown everyday, talking to Tim O’Keefe about our project. He recommended a documentary about the history of Motown. So I watched the doc in the car on the way to the airport in RI one night, most of the doc was about Smokey. [Then] on the plane to L.A. I slept the whole way and when we landed I woke up with a smiling face standing over me. He said, ‘Hey, I’m a big fan.’ I just stared. ‘It’s Smokey,’ he said. If Smokey Robinson was a fan of mine I wasn’t going to let him get away. Six months later after Tim and I had written the songs I called Smokey from Detroit and asked him to sing on one of the songs and he said sure.”

The video for the slinky “Crime” features grainy, undulating images of men and women in various states of ecstasy and pain. “The visuals of are project are very integral,” says Franco. “The music is just one element.” One of many.