"Er, do you know any homosexuals? And am I allowed to say that? Probably not." 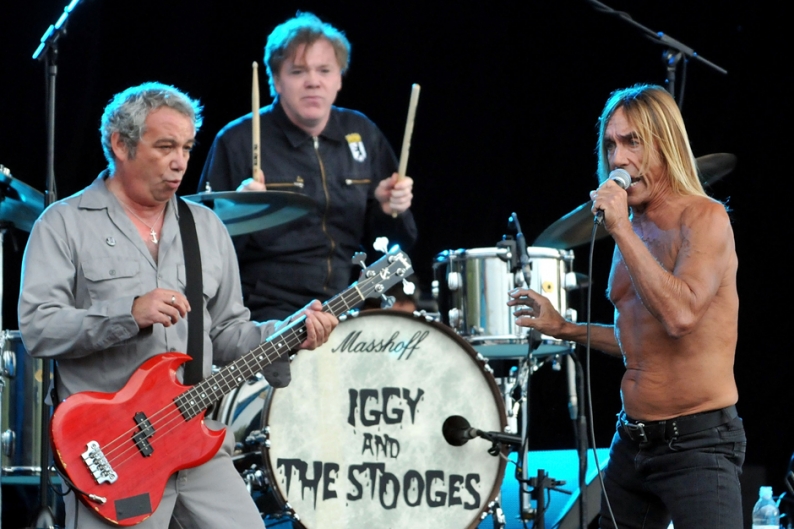 Penned — or, rather, ghost-written for a “ouija board” — by Iggy Pop’s stage manager Jos Grain, the Stooges’ “Marvellous and Most Instructive Information Document: Including Utterly Confusing Comments and Asides” tour rider has gotten a refresh for these modern times.

Dubbed “the single most entertaining concert rider” when the Smoking Gun first unearthed it six years ago, the document has been appended to insult child actor-turned-director Ron Howard — “You know, the ugly, baldy one out of Happy Days” — and to request ham “sliced directly off a pig’s bottom” in addition to a “bottle of extremely hot pepper sauce so that no one has to actually taste the sliced ham…”

To specify how Iggy Pop’s dressing room should be appointed, Grain advises: “Just let someone loose with a little bit of artistic flair… Er, do you know any homosexuals? And am I allowed to say that? Probably not.” The sinewy frontman also requires sensible chairs, the kind with “a grip on reality / feet on the floor.”

The stream-of-consciousness list also demands seven dwarves impersonators dressed in the style “of that marvelous Walt Disney film about the woman who goes to sleep for a hundred years after biting a poisoned dwarf, or maybe pricking her finger on a rather sharp apple… or something.” Failing that, a belly dancer will do.

Iggy and the Stooges just wrapped a European tour in August. They’re scheduled to play Austin City Limits in October and Los Angeles’ Staples Center with Morrissey in November.

Read the Stooges’ full 28-page concert rider at the Smoking Gun (via the Daily Swarm).