"Keep hustlin' every night and day" 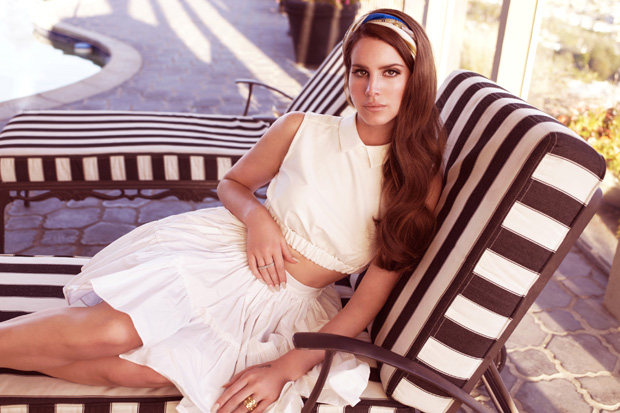 If Lana Del Rey’s much-discussed 2012 album Born to Die is some kind of meta-commentary on fame, the latest track to emerge from the sultry-voiced singer takes that idea to the next level. “Backfire” has hit the Internet, as ONTD points out, and just as with the several other unreleased Del Rey tracks turning up online lately, it’s unclear when and whether this will see an official home.

“I’ve been waitin’ on your love, baby, for too long now, too long now / I thought that I could change you like the others, but I don’t know how, don’t know how,” purrs Del Rey on this slow-burning ballad. Though she’s addressing yet another bad boy, one she drags back to a “trailer park for two” in Malibu per the lyrics, she could just as easily be serenading her critics. The smoothly gliding arrangement, with drum machine sounds reminiscent of pop-backfire king Kanye West’s 808s & Heartbreak single “Love Lockdown,” only furthers this idea, although it’s difficult to know what to make of the twangy steel guitar except that it’s pretty. All in all, a more restrained, moody track in comparison with much of Born to Die’s cinema-scale grandeur.

If a “Paradise edition” reissue comes out in November as Del Rey once said it would, “Backfire” would make a fine addition. It might not even backfire.