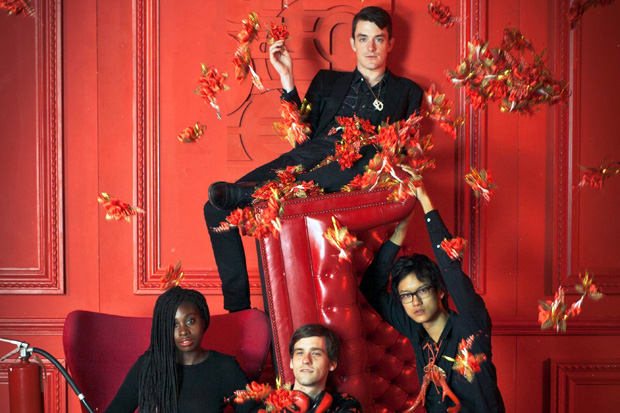 The sticky basement disco of Body Language is inescapable on their new single, “Lose My Head.” It’s the Pied Piper sporting a ‘fro and a space suit, banging drumstick to cowbell until there’s not a still body left in the room. Were it to be examined by scientists, they’d probably conclude that it’s equal part velvet and lasers. We are not scientists, but we can tell you this: it hails from the Brooklyn quartet’s September 18 EP, Grammar,and if you can keep a grip on your noggin whilst listening, you’re doing it wrong. The band made small waves with last year’s Social Studies LP but they’re a busy bunch nonetheless. Ian Chang drums for Matthew Dear, Angelica Bess has sung with Sepalcure (in The Black Swan no less), and main producers Grant Wheeler and Matt Young have written for Passion Pit, among others. A new long-player is on the docket for February 2013. Until then, get down, babies.