Pop-punks canceled a show in Bologna, Italy, after frontman Billie Joe Armstrong went to the hospital for an undisclosed "illness" 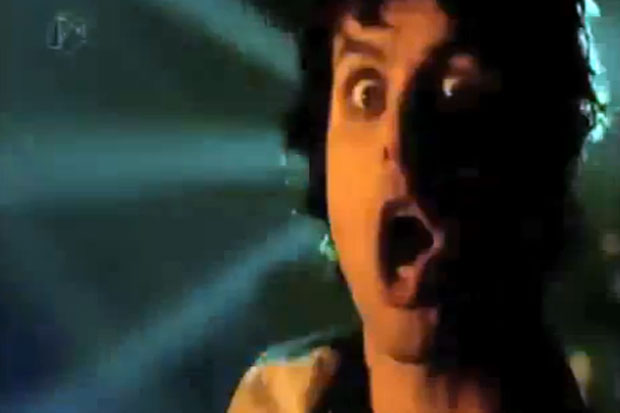 Green Day released an unfortunately timed, unrelated pair of videos over the weekend, one announcing illness and the other hinting at violence.

In the former clip, bass player Mike Dirnt and drummer Tre Cool apologize for canceling Green Day’s September 2 show in Bologna, Italy, due to frontman Billie Joe Armstrong’s hospitalization for an undisclosed sickness. “We sincerely apologize to our fans, but unfortunately due to illness Billie Joe has been hospitalized, and we regretfully must cancel our performance in Bologna, Italy this evening,” the band said in a Facebook status update accompanying the video. “We are beyond devastated and will make it up to you when we come back next summer.” Green Day’s next scheduled gig isn’t until September 21, as part of the iHeartRadio Music Festival in Las Vegas.

Meanwhile, as Green Day prepare for the September 25 release of new album ¡Uno!, the veteran rockers have also posted a video for dance-punk track “Kill the DJ,” previously released in clean and live versions. Where Green Day’s recent “Oh Love” video framed performance footage with ample shots of female models, the “Kill the DJ” clip starts with black-and-white imagery of dirt bikes in the desert before showing the band entertaining the revelers at some bizarre dance party. No shots are fired, but know that there will be blood.

Green Day recently played an originally unannounced set at the Reading Festival in the U.K., but failed to play the entirety of 1994’s Dookie as had been reported (they did play five Dookie tracks as part of a career-spanning set list, according to the NME). With ¡Uno! only the first in a planned trio of similarly titled albums, Green Day are also prepping a documentary. Here’s hoping Armstrong recuperates before a new season of NBC’s The Voice starts on September 10, when fans will be able to watch the Green Day frontman in healthier times as one of the TV talent show’s celebrity “mentors.”