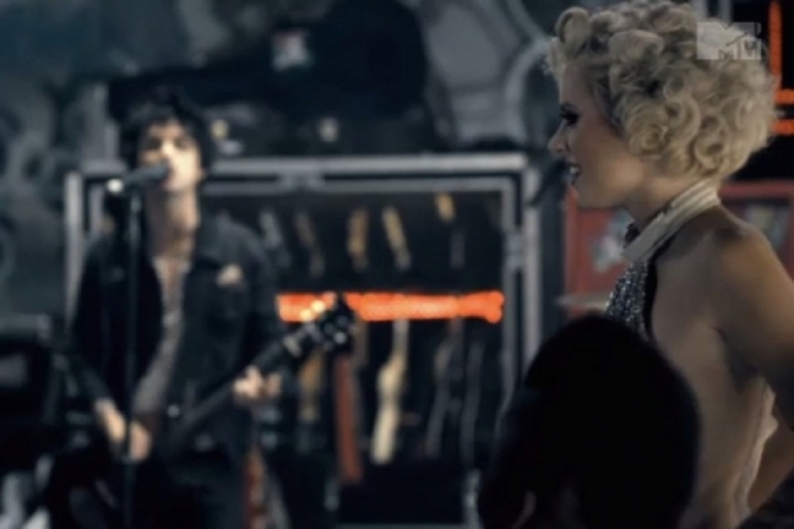 Green Day unveil their first of three new albums, ¡Uno!, on September 25, but first they’re showing a little skin. The Bay Area rockers already followed their model-draped “Oh Love” video with a disco-panicking “Kill the DJ” clip and no-frills “Nuclear Family” visuals. But now, as Consequence of Sound points out, Green Day have given “Oh Love” a little more T&A.

When the Samuel Bayer-directed video for “Oh Love” first emerged, we admit we deemed it a bit tame for Green Day’s professed goal of sexiness. In the uncut, NSFW version, the much-younger models drinking with the guys and watching them tear through a performance of the song also flash some bare breasts toward the end. The power-poppy song remains the same, but as Green Day embark on their expansive arena tour, they could probable do worse than put the idea of sex in the air.

Watch the video over at Playboy.com if you’re at least 18 years old, or else see the original video below.