Plus, watch Green Day's barebones clip for "Stay the Night" 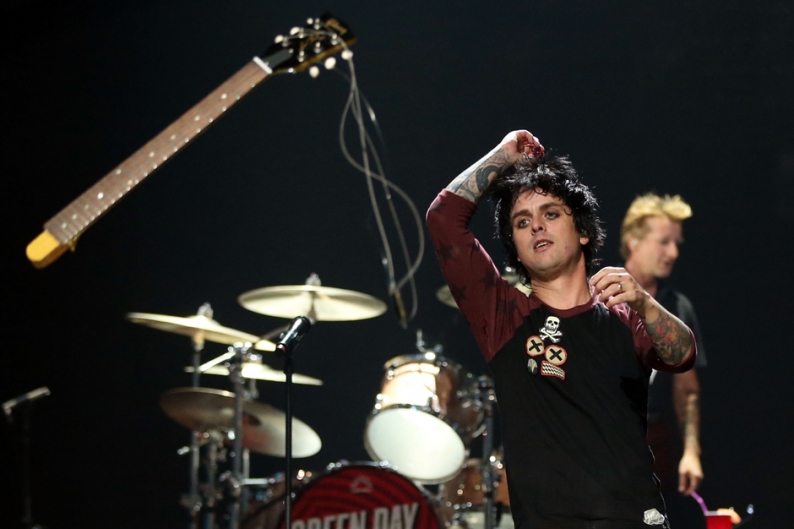 Green Day may have lost a little of their punky ferocity over the years, but the band’s camp moves faster than a Minor Threat song. On Friday night, Billy Joe Armstrong went on a violent rant at the band’s Las Vegas performance. Sunday, Green Day’s announced via Facebook that the singer had begun rehab. Now, via Rolling Stone, there’s a new and noticeably barebones music video for ¡Uno! song “Stay the Night.”

Also worth noting is the fact that Armstrong will still feature in the upcoming season of The Voice, says Deadline, since the footage of him appearing as a mentor to Christina Aguilera’s team was taped in the summer. We’re looking forward to his sagely advice on how to make the most of your time onstage when you’ve only got “one fucking minute” despite having “been around since fucking 198-fucking-8.”

It’s not entirely clear whether or not the release of the video for this non-single album cut was planned in advance, but the minimal quality and general lack of naked-chicks-for-hire seems to suggest as much. In it, Armstrong sings, “I don’t want to say goodbye.” Hey bud, it’s just for a little while. We’ll be here when you hit the road. But Best Coast should probably leave Snacks at home. That cat’s a bad influence.