Florence Welch Suits Up for Calvin Harris’ ‘Sweet Nothing’ Video 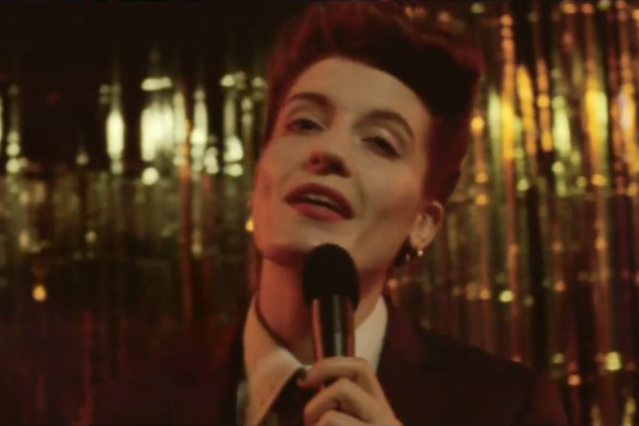 Florence + the Machine frontwoman Florence Welch’s collaboration with Calvin Harris on “Sweet Nothing” is the kind of overwhelmingly catchy, perfectly trendy EDM-pop hit you’re going to have to go out of your way to resist. The new video for the track, set to appear on Harris’ star-studded October 29 album 18 Months, makes it a whole lot easier to stop worrying and love Florence’s potential breakout pop-star moment.

We know the Internet rules about giving away too much, so we’ll just say the clip stars Welch and Harris as embattled lovers, and an elegantly androgynous Welch lip-syncs the tune as the performer at a skeezy dive that might be a strip club. “We both know the words are empty air,” the Machine singer proclaims in full belt, and the expertly crafted video makes it only that much easier to feel that air beneath you when the Scottish DJ’s beat goes into its inevitable freefall. Let’s hope the “Kiss With a Fist” force of nature uses her impending fame benevolently.