From the legendary indie rock trio's excellent new LP, 'I Bet On Sky' 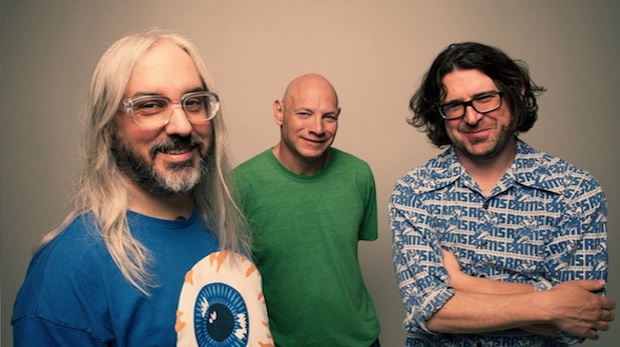 This past May, during a trip to Dinosaur Jr. frontman J Mascis’ home and studio in Amherst, Massachusetts, SPIN watched as the legendary indie rock trio finished up work on I Bet On Sky, their third full-length since reuniting in 2005. At the time, Mascis in particular seemed vexed by one song, a candied bruiser (working title “Downtown”) whose vocal-less mix he and longtime producer John Agnello spent much of an afternoon scrutinizing as it blasted on the Mascis family stereo. That song would later be known as “Pierce the Morning Rain,” and the record itself, out tomorrow on Jagjaguwar in North America (today in the U.K. and Europe), would take its title from one of its striking lyrics. Hear it exclusively below and be sure to look out for a lengthy, in-depth profile of the band here this week.