Did Christopher Owens Quit Girls to Become a Model? 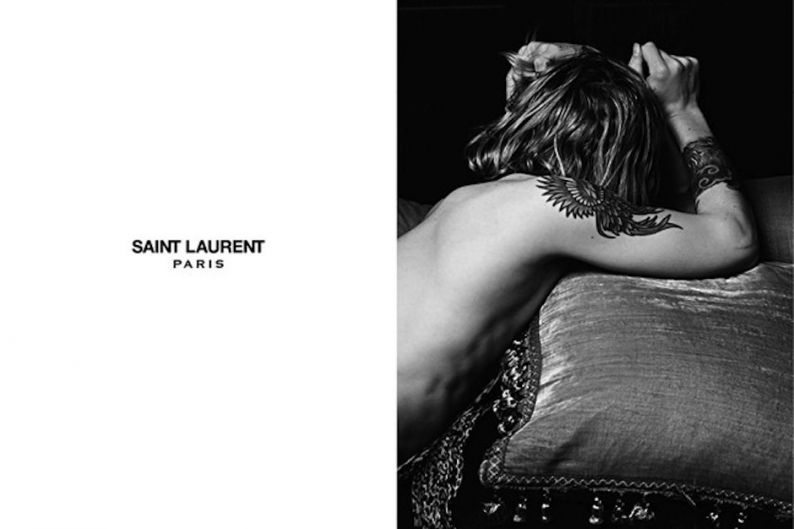 The first image from the brand’s new look features a shirtless Owens, grasping at his hair and leaning into a large fancy pillow. Vogue has pointed out that he looks like Kurt Cobain. No word yet as to whether he’ll appear in the rest of the 15 ads slated for release by December.

Slimane has worked with Owens before and has a rich history with music. He’s created clothing for Mick Jagger, Jack White, the Libertines, Daft Punk, the Kills, Beck, and Franz Ferdinand. He’s commissioned original songs from Phoenix, These New Puritans, the Rakes, and Razorlight. And last year, he had No Age open his Owens-featuring California Song exhibition at Los Angeles’ Museum of Contemporary Art.

As for Owens, who promised that he’ll still make music, other recent hobbies seem to include reading about Jackson Pollack and retweeting Sky Ferreira’s countdown to The Hobbit’s theatrical release.

The “California Song” documentary, featuring the music of No Age and images of Owens: