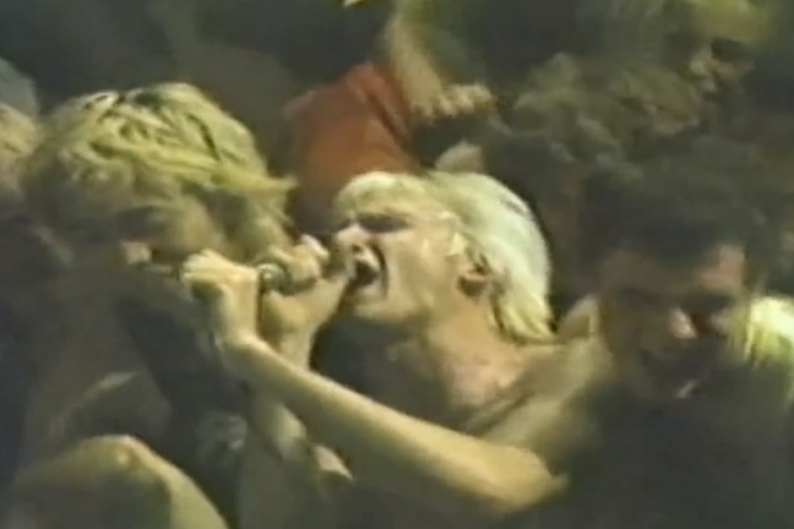 The upcoming Salad Days documentary offers much more than a Steady Diet of Nothing. It aims to make The Argument that Washington, D.C.’s ’80s punk scene was much more than a Repeater of what’d come before. Unfortunately, it’s in the Waiting Room until Fall of 2013, but you can read about it now and help fund it via Kickstarter to make sure this thing doesn’t just end up a Margin Walker. Okay, we’re out of Fugazi puns. Whew.

Despite the far-reaching influence of bands like Minor Threat, Bad Brains, Rites of Spring, Slickee Boys, Jawbox and so many more, the story of the capital’s hardcore heroes has yet to be committed to celluloid. Thankfully, filmmaker Scott Crawford is working to remedy that via his in-progress doc featuring vintage footage and followup interviews with Dave Grohl, Fred Armisen, Henry Rollins, Ian MacKaye, and pretty much everyone else that was ever involved.

Crawford himself has a storied history with the scene, having started the Metrozine fan rag at the age of 12 which led to him releasing a 7-inch comp that featured one of Grohl’s earliest recorded performances (at 16, with Mission Impossible). Crawford eventually went on the found Harp Magazine. Meanwhile, the film’s visual director Jim Saah worked on Brendan Canty’s Burn to Shine series, and Wilco’s Ashes of American Flags.

More deets from the Kickstarter page: “We’ve spent the last year interviewing dozens of the participants who helped create the local music scene in the 1980s — musicians, photographers, DJs, activists, and writers — to tell the story of one of the most inspiring (and misunderstood) decades in independent music. We’ve also sorted through hundreds of photos, live videos, flyers and zines for inclusion in the film.”