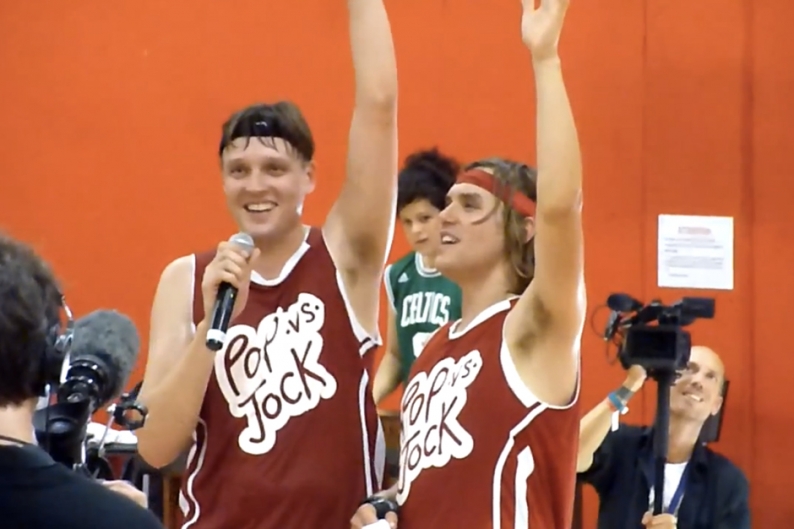 Canada’s POP Montreal fest hosted its second annual POP vs. Jock charity basketball game over the weekend, resulting in one of the most wondrously bizarre halftime shows you’ll ever see: David Byrne leading members of Arcade Fire and the Strokes through covers of “96 Tears” and “That’s the Way (I Like It).”

But for the break, Byrne went hard in the paint backed by the brothers Butler, Chassagne, and Fraiture as he covered ? and the Mysterians’ 1966 garage-rock game-changer and KC and the Sunshine Band’s 1975 arena-sized disco hit. Team POP eventually lost, but the show was a clear win for all. Take it to the house.