The Book I Read: David Byrne Explains ‘How Music Works’

Thinking about and discussing music’s otherworldly aspects isn’t just for academics. Nor are the trends of the music business solely fodder for economists. (It only seems that way sometimes.) With his new book, How Music Works (McSweeney’s), out September 12, David Byrne has attempted to holistically answer the question implied by his title in a way that fans, musicians, and industry types can understand.

As befitting its author, the book is wide-ranging, insightful, funny, and provocative. In advance of the release of How Music Works, Byrne, 60, took time out from a weekend in the bucolic Catskill’s region of New York State to chat with us about on how music is shaped, how it shapes us, and where our eons-long relationship to aural response, creation, manufacturing and distribution is headed.

In How Music Works, you discuss how traditional guides like The Business of Music don’t really apply anymore. Did you want your book to help replace those texts?
I don’t go into as much detail as [The Business of Being Music]. There’s one chapter where I go over the various distribution possibilities that artists could do now, as a way of saying that what’s changed is that you’re not limited to one kind of business model, one kind of royalty structure. I don’t go into the contract details, which some of those books do. I do a lot of pie charts. It’s kind of sobering. The wage for most musicians is a modest amount, and that includes me some of the time. You’d be making the same wage as a schoolteacher, which is fine. There’s nothing wrong with that, but people think you’re making a lot more, and you might think you should be making a lot more. So you might be unhappy with that kind of renumeration for your creative work. There’s ways to increase the odds, but they’re a little bit of a gamble.

Young bands traditionally haven’t been too savvy about the business side of music. Do you think they’re prepared for how difficult it is to make a living from their art?
I think so, especially if they can do it incrementally. If they can do it where it’s basic arithmetic, like, “If we press up this many CDs and sell ’em at our shows, how much does it cost? How much did we make? How many do we need to sell to pay for the cost of printing these things up?” And the same with downloads. “If we sell the stuff online, how much does it cost to build a website and maintain that, or pay a service to do that?” The number’s not that high, and it’s not like this is the end of the world. You can kind of figure that part out, even somebody that’s starting out. You’re not signing a contract to anybody, so you can learn one little part at a time. You’ll have a little more perspective if a label says, “Oh, this is what we’re gonna offer you.” You can say, “Hey, we can make that much ourselves.” Or not. Maybe they’re really gonna help you out. 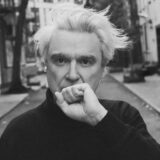 You also offer the disclaimer that the book doesn’t follow a totally linear structure or timeline. Was that approach an extension of the semi-improvised way you make music?
Yeah, in the sense that it’s very conceptual. [The book is] not chronological. I would say each chapter is pretty much about a different aspect of something that might seem peripheral to music, but actually has an effect on the music that you hear. So in some cases, it might be the money and business, and in another, it might be the architecture and sonics of the room you hear music in. It’s very organized that way. I’m very much into making lists and breaking things apart into categories.

You also talk about how, as a musician, you feel like a conduit for sounds. Did writing the book make you feel like you were a medium between intellectual concepts and the reader?
Yeah, in some cases I’m not providing a lot of answers. In this case, it circles around music, but it could be circling around something else, and it’s a way of asking yourself, “Why is that the way it is?” It turns out there are a lot of answers to that question. It’s not just, “Music is this.” There are a lot of factors that go into it. That same way of looking at things can be applied to a lot of other stuff.

In general, the book rarely takes any kind of absolute stance on an issue. Was that a conscious decision or did you naturally start thinking more diplomatically while writing?
I take a side occasionally. Like with the critic [Theodor] Adorno. I guess a lot of academic folks grew up reading this guy, and he just seems to me to be somebody who has no time for popular music whatsoever. He looks down his nose at popular music, and he pretends to be a guy who’s in favor of the common man, and yet he puts down the music that the common man likes.

Does it ever get exhausting thinking about all this stuff?
Yeah. I’m not thinking through all these various issues every time I listen to a piece of music. I’ll enjoy something and completely won’t be thinking about any of this stuff, but then sometimes I’ll hear something and I’ll go, “Why is that the way it is? Why does it sound like that, and why did somebody come up with that particular sound for that particular groove?” And it’s usually a pretty complex answer. It’s not as simple as, “Oh, that’s what I felt like.” I don’t think [thinking about music] spoils the enjoyment of music either. You can know or not know how a car runs and still enjoy riding in a car. There’s something about music that encourages people to want to know more about the person that made it, and where it was recorded, what year it was done, what they were listening to, and all this kind of stuff. There’s something that invites all this obsessive behavior.

You’re very optimistic about new and exciting scenes being able to develop, but can that happen when buzz gathers and competition foments while bands are still in the formative stages?
That is pretty tough, that the minute something reaches a point where it’s getting people excited, the word spreads really fast now. And in most cases, a band needs more time in order to make mistakes and hit dead ends, do some stuff that doesn’t work. That’s a real shame when people then feel like they can’t fail because everybody’s looking at ’em. It’s a major thing. A band has to be able to play songs and find out they just don’t work or be able to vary their style or approach and not feel like whatever they’re doing is set in stone, that somebody just said, “OK, that’s it, you just played your second gig, that’s how you’re gonna be for the rest of your life.” That just can’t be. You can’t set everybody in amber that way. I also think [scenes are] still gonna happen, because as much as word gets out online, people still like going out to hear bands, they like the social aspect of that. They like hanging out with other like-minded people and having a drink and just the physicality of music that happens live that you don’t get over your laptop speakers. I think people will still gravitate to places to hear music together.

What was the most interesting or revealing insight you had about your own music career while writing the book?
You really start to see that a person — myself — has certain interests and certain focus, and is drawn to certain things and certain ways of doing things, and slowly discovering what those are and applying those to live performance or recording. Things that seemed a little bit random at the time start to seem more considered later on.

Were you hesitant to be so open about the Talking Heads and your other collaborations?
No, I figure that’s what’s interesting, more than the drugs or any other things that somebody might get involved in. You want to know what drives the person musically, and why did they make the decisions they made.

That’s where How Music Works is more of an industry guide than an exposé.
Yeah, there’s very little of that. The people looking for that will be a little bit disappointed maybe.