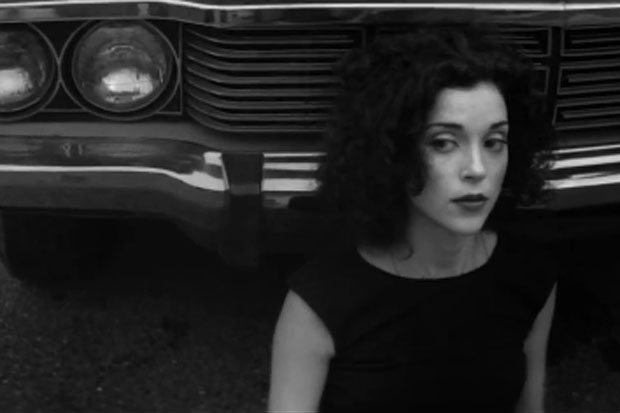 David Byrne and St. Vincent shake what their mothers gave them in the first video from their collaborative album, but a nicely befitting undercurrent of darkness runs throughout. Danish director Martin de Thurah shot the black-and-white video for “Who,” in which the former Talking Heads frontman and the singer-songwriter-guitarist also known as Annie Clark dance in the the dusty road after what appears to have been an alcohol-abetted auto accident (a “big mistake,” as Byrne croons). “Who” and the similarly brassy, funky, ornate “Weekend in the Dust” were the first two tracks previewed from Byrne and Clark’s Love This Giant, which doesn’t arrive officially until September 11 on 4AD/Todo Mundo. You can stream the full album now via NPR.