New contract would secure Goldenvoice's So Cal reign until 2030 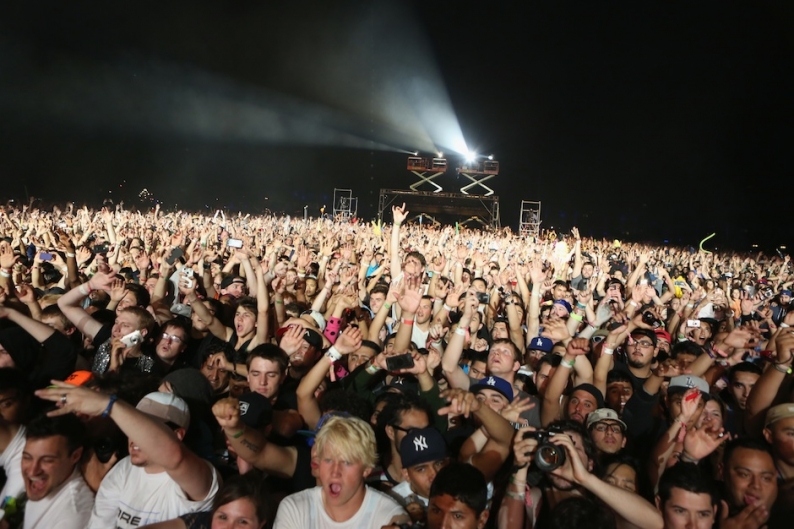 Without taking pause to acknowledge the untimely passing of a legend who walked in their midst — RIP Hologram Tupac, you will be missed — the organizers behind Coachella are looking to expand to as many as five weekend-long festival events per year, according to a report in area paper The Desert Sun.

Promoter Goldenvoice is looking to extend its contract with the city of Indio for continued use of their Empire Polo Club grounds, which has hosted Coachella for the past 12 years and also plays home to the SoCal fest’s country cousin Stagecoach. Their current agreement is set to expire in 2013, but Goldenvoice is ambitious: they want another 18 years, and two new annual events for the fall.

So let’s do the math. If the plan goes through as is, organizers will have five weekends to work with. Stagecoach is one. Coachella is now two, the madness of which SPIN’s Christopher R. Weingarten aptly captured. The inaugural S.S. Coachella cruise sets sail in December, but from the other side of the country. That leaves two weekends unclaimed.

With the rave business being what it is and Goldenvoice competitor Live Nation scooping up L.A. EDM event series HARD, we’re willing to bet dollars to donuts that Indio is gonna see a massive influx of neon leggings, party shades and furry boots in the near future. The deal would also expand the site from 535 acres to 601, and Coachella attendance from 95,000 to 99,000.

As long as they’ve got room for this guy, we’ll be there: