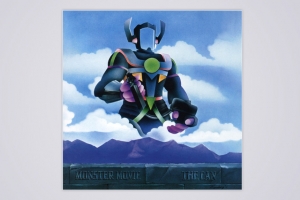 These Krautrock gods leavened their freakier, Stockhausen-influenced (Can bassist Holger Czukay studied under the German composer) impulses with a heavy dose of funk. On seminal works like the monstrous Tago Mago or aqueous Future Days, frontman Damo Suzuki’s incantatory vocals were the spiked cherry on top of the brain-melting sundae. The ingenious, deep-focus production style of the band’s classic ’70s albums is an Animal Collective touchstone.

Deakin: [In recording Centipede Hz] we often talked about how Can recorded a lot of their records, oftentimes with a single mic or double mic. It feels like it’s real-deal because there’s a lot going on, but it’s actually this really simple recording technique.