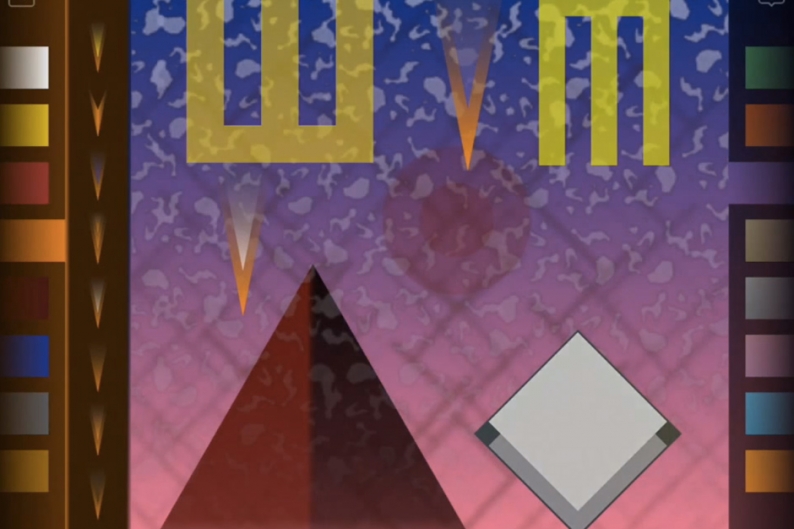 A few days after announcing his first solo album in seven years, legendary producer Brian Eno has revealed his new iPad app, Scape. The program allows users to create atmospheric music by manipulating colors and shapes onscreen. As Eno told the Guardian, “I might retire now I’ve found a way to make myself redundant.”

This is actually the Roxy Music co-founder’s second venture into appdom. The first was 2008’s iPhone creation, Bloom, which was interesting but lacking in a certain razzle-dazzle. To quote one iTunes app store user, “Save your money. Hand a wind chime and run your eyes ’til you see spots.” This is different.

In fact, it’s a New Ager’s dream. With a healthy array of iridescent pyramids, warm summery tints and glowing diamonds, the thing could couple as a chillwave album cover generator. Best of all, each shape that the user places onto the background interacts with the others in fairly unpredictable ways depending upon location.

As Eno explains in the promo video below, each element comes with its own rule. For instance, “play two notes and wait for 10 seconds” or “only play when everything else is silent.” Meanwhile, changing the overall hue modifies the key and scale, making for “emotional tone controls.” We’re hoping for a seapunk plugin.

“I felt that what was very interesting to do as a composer was to construct some kind of system or process which did the composing for you,” said Eno, obviously a notorious layabout, to the Guardian. “You’d then feed inputs into it, and it would reconfigure it and make something beyond what you had predicted.”

Scape runs the user $5.99 but pays out a lifetime of cool vibes. Eno designed it in collaboration with computer dude Peter Chilvers. Eno’s LUX album is out November 13 via Warp. Now let the man himself walk you through his Scape.