"Pack the Park" will coincide with the band's Radio City shows 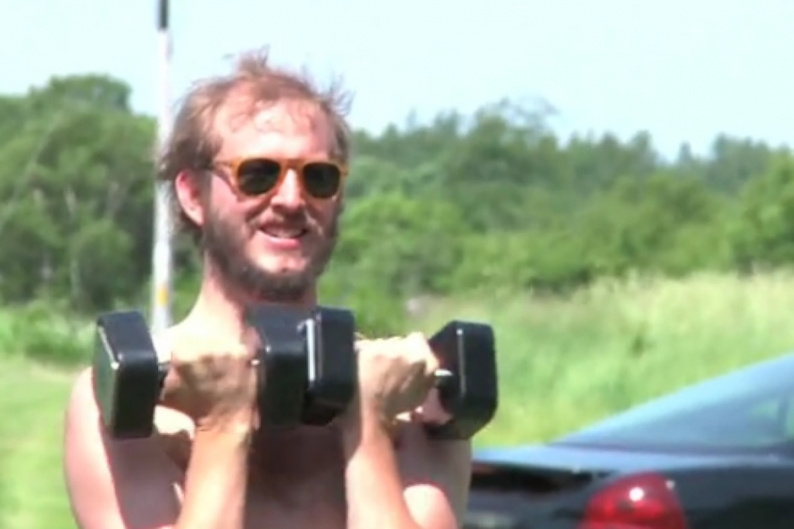 All the secrets of Bon Iver main man Justin Vernon’s workout regimen will be revealed when the band comes to Manhattan for a four-night run at Radio City Music Hall later this month. Vernon’s so-called “fitness guru” Jeff Rogers will be hosting two free public training seminars for 100 lucky New Yorkers next week. The Grammy-winning baroque-folkist made headlines last year when he appeared in a promo clip for a workout DVD by the fellow Wisconsin son. Those who thought it was all a joke can kindly leave their fat asses at home.

“Pack the Park” is going down from 2 to 3 p.m. on Friday and Saturday, September 21 and 22 at Urban Plaza in Hudson Square, which happens to be adjacent to Trump Hotel. (So many drastic juxtapositions!) Vernon hasn’t promised a personal appearance, but he speaks glowingly about Rogers’ affect on his health (“Without Jeff I could not have reconnected my body to my mind.”) Rogers apparently accompanies Bon Iver on the road to aid the band and crew, and will therefore be in NYC when they play the city’s famed hall.

While Rogers’ On the Road fitness regime does involve, like, weights and stuff, it’s all couched within a “holistic philosophy of achieving sound minds, strong bodies and peaceful souls.” Said Vernon: “I needed a teacher, a mentor to help me look and feel better. I now have a personal relationship with fitness, and a deep personal need to keep it.”

Everybody wants to talk about that old cabin as an integral part of Bon Iver’s DNA, but if Justin had never met Jeff, Bon Iver, Bon Iver might have wound up something way more aggro — nü-metal? — instead of the calm, cool Grammy-lifting dynamo that it actually was. Interested and in the area? Pre-register for “Pack the Park” via Eventbrite. Otherwise, get a taste of Rogers’ magic below.