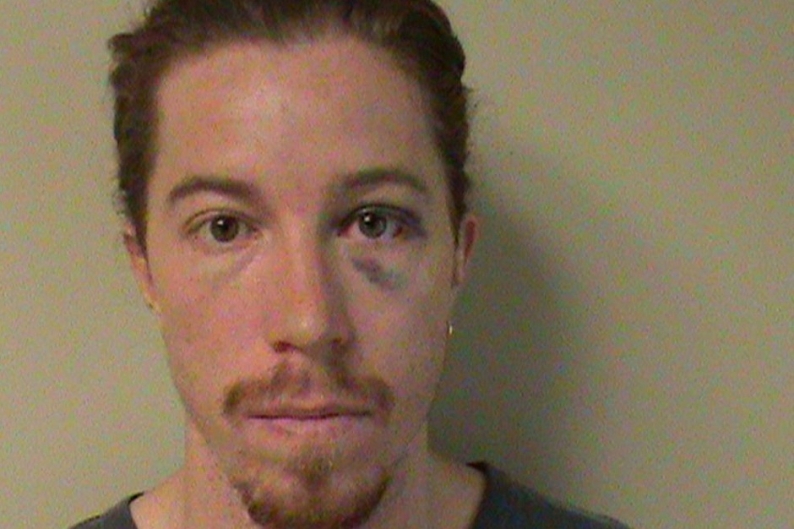 Shaun White’s black-eyed mugshot was splashed across the media earlier this week amid reports the Olympic snowboarder got arrested on charges of public intoxication and vandalism. As the Tennessean reported, police were called Sunday morning at 2 a.m. after White allegedly forced the evacuation of a Nashville hotel by pulling the fire alarm. He’s also accused of destroying a hotel phone. The black eye presumably happened when, according to the police, White ran into a bystander who was chasing him, then fell and hit his head on the fence. Yup, one of those weekends.

We now know, as the Washington Post reports, that White was in Nashville to watch his friend Patrick Carney of the Black Keys tie the knot. A publicist confirmed to the AP that Carney got married on Saturday to Emily Ward in the backyard of their Nashville home. The roughly 350 guests also included SNL comedian Will Forte, who officiated. The couple reportedly walked down the aisle to Tommy James & the Shondells’ “Crimson and Clover,” and of course, fellow Black Keys member Dan Auerbach was there, too.

Black Keys on the road: Get an inside look at their El Camino tour here.

White partially let slip the occasion for his Nashville misadventure in his Facebook apology. “I want to apologize for the unwise choices I made over the weekend and for any inconvenience it caused my family, friends, business partners, the hotel and their guests,” the Flying Tomato said. “I was celebrating a happy occasion with a ton of family and friends and got carried away. I’m truly sorry for my poor behavior.” That happy occasion, we now know, was Carney’s nuptials.

It’s a shame for Carney and Ward that the events after their wedding led to an arrest, and of course it’s obnoxious (but kind of funny, right?) that other hotel guests had to evacuate. We hope the good Samaritan who chased White down doesn’t have a shiner of his or her own. But White’s 26, and the Black Keys are a rock band with a boozy, party-friendly sound — it happens. Even to guys who take home $9 million in a single year from endorsements and date models.

As White awaits an October 9 court date, here he is with the Black Keys in less legally fraught times, appearing in the video for Brothers banger “Howlin’ for You.”