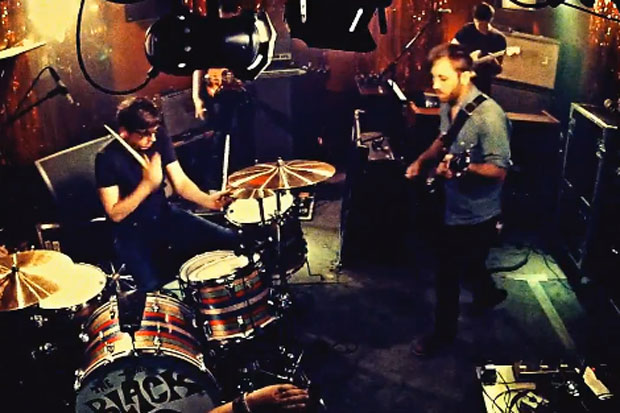 A broken heart may be blind, as Dan Auerback sings on El Camino’s quiet-loud head-kicker “Little Black Submarines,” but people still like to watch something while listening to music on YouTube. After the bizarre Harmony Korine-directed alternate video for glam-rock standout “Gold on the Ceiling,” the Black Keys’ most recent clip takes a more straightforward approach. As Rolling Stone reports, the video came about after a planned storyline failed to pan out. Instead, the Danny Clinch-shot clip shows the Keys lurching along their own low-rent stairway to heaven during a live gig at Nashville’s Springwater Supper Club bar. The dancing, fist-pumping crowd got to see a furious, sweat-soaked performance. And now, broken-hearted or not, so can we.