Hear Bat for Lashes Touch a Star on Dreamy ‘Marilyn’

Natasha Khan unloads the second track off her "The Haunted Man," due out on October 15 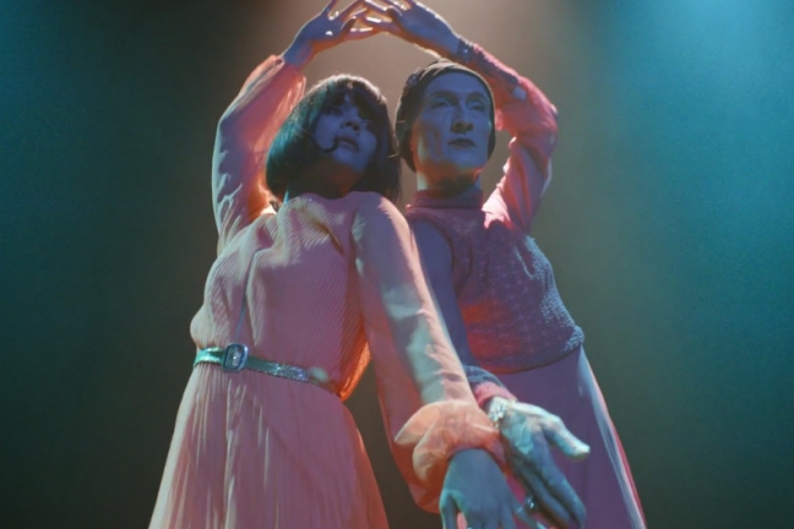 The cover for Natasha Khan’s third album as Bat for Lashes, The Haunted Man, suggests a record of raw, unadorned revelations. But the second track Khan has made available from the album, due out October 15 in the U.K. via Parlophone/EMI and October 23 in the U.S. via Capitol, still conceals as much as it gives away. And compared with earlier video selection “Laura,” a heartbreaking post-ironic torch song, the newly released “Marilyn,” in keeping with its live debut, is a more dressed-up affair. Goodbye, Norma Jean.

Downloadable for free on Amazon (via A Heart Is a Spade) and streaming below (via Pitchfork), “Marilyn” is every bit as soaring and subtly emotion-packed as its predecessor. Adding gauzy electronics, including a blippy instrumental breakdown, to Khan’s supple, smoky vocals, the song evocatively describes a black-and-white nighttime vision. Where Khan’s “Laura” is “a superstar,” on “Marilyn” she repeats, in a lofty flight of melisma, “Holding you I’m touching a star.” And, in the uncompromising Kate Bush mold, we’re listening to one.