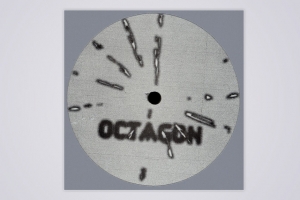 As fundamental to the history of techno as their name would suggest, Basic Channel are the Berlin duo of Moritz von Oswald and Mark Ernestus. Beginning in the early 1990s, they united sleek, Detroit-inspired beats with wispy dub voodoo gleaned from Jamaica’s Studio 1 label and launched a small empire in the process. Their many labels (Chain Reaction, Main Street, Rhythm & Sound, among others) span ambient music, deep house, and dub reggae; and their record store, Hard Wax, remains an essential pilgrimage for techno tourists worldwide. “We’re huge Basic Channel fans,” Geologist said in 2009; though the proof is right there in the opening rush of Merriweather Post Pavilion, which pays homage to the Berlin icons’ blurry delirium.

NEXT: The BBC Radiophonic Workshop