D.C. reggae-hardcore heroes go 'Into the Future' on November 20 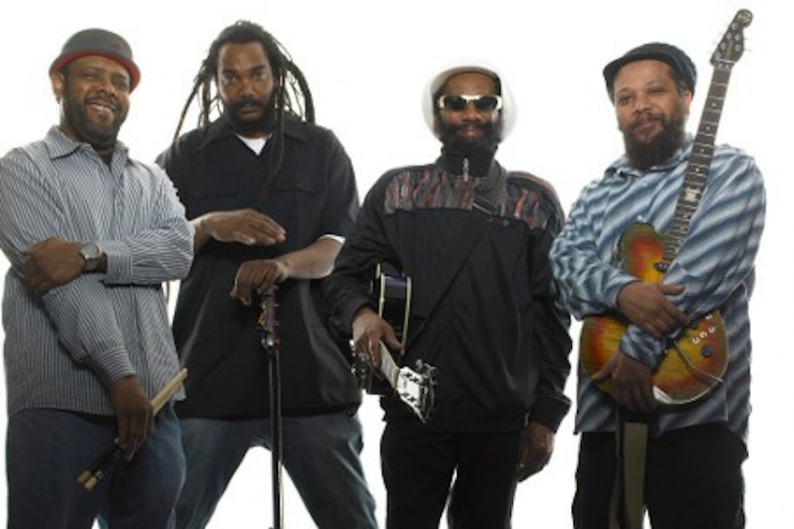 The last time Bad Brains put out an album, the Beastie Boys’ Adam “MCA” Yauch produced it. Yauch, who died earlier this year after a struggle with cancer, has even been quoted as calling the reggae-inflected Washington, D.C., hardcore band’s self-titled 1982 debut “the best punk/hardcore album of all time.” Now Blabbermouth reports Bad Brains will release their first studio album since 2007’s Yauch-produced Build a Nation, to be titled Into the Future, on November 20 via Megaforce.

Into the Future is set to feature Bad Brains’ prime lineup of frontman H.R., guitarist Dr. Know, bassist Darryl Jenifer, and drummer Earl Hudson. Jenifer has said the self-produced LP “shines with a true sense of freedom and musical experimentation, with blends of soulful backgrounds meshed with blistering hardcore and metal riffs, with classic dub.” As a tribute to Yauch, the album will also contain a remix of rasta-fueled Build a Nation finale “Peace Be Unto Thee.”

Listen to the combustive title track over at Rolling Stone. “Intergalactic,” H.R. scoffs over jagged stop-start backing. He told the magazine, “My vocalizing strengthens the impact of the group’s overall deliverance of the music, and the expression of the church of music.” Bad Brains make the future sound terrifying, as it probably should.