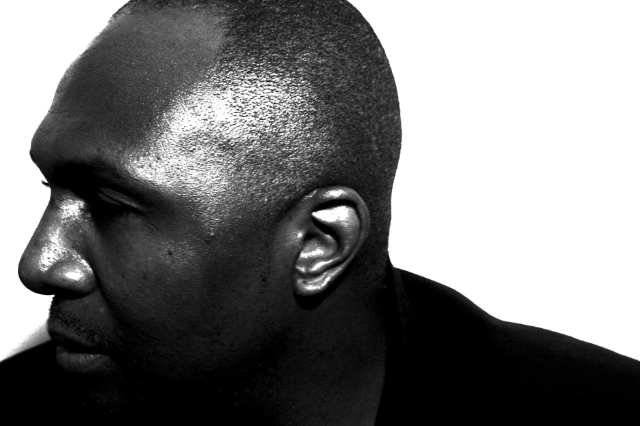 The music industry may be burning to the ground, but record collectors have plenty to fiddle with these days: We’re awash in box sets, 180-gram reissues, colored vinyl, marbled vinyl, sparkly vinyl, picture discs, audio postcards — you name it; if grooves can be cut into it, they probably have. The new label Svakt may not have the most radical proposition, but in purely conceptual terms, it’s one of the more unusual: Svakt specializes in single-sided vinyl pressings, limited to 300 copies — and here’s the kicker — featuring only a single, 20-minute track. (For the turntable-disabled, Svakt’s releases will be available digitally on iTunes.)

Given the quirkily rigid standardization of the format, it’s perhaps fitting that “Svakt” sounds like something Ikea might name one of its modular shelves. But Svakt is Swiss, not Swedish, and its inaugural release, City of On, is about as far from mass-produced minimalism as you can get. City of On is the debut release from Kyle Austin under his Hprizm alias; you probably know him as High Priest, of the early-2000s psychedelic backpack-rap trio Antipop Consortium. Yep, that High Priest. And, given that provenance, City of On is appropriately out there. In just under 20 minutes, it barrels through passages that sound like Woody Woodpecker gone Chicago footwork, post-industrial techno, early Swans armed with keytars, gothic musique concrete, and chopped-and-screwed Oval. It has more in common with Demdike Stare than Big Dada. Functionally instrumental, it bears little in common with High Priest’s hip-hop past, besides the sonic adventurism it shares with Antipop. And, in its wild twists and turns, it doesn’t sound much like anything else at the moment, either. So stick that in your Expedit and smoke it.

City of On is out now; order the wax from the Svakt webshop. The label’s second release will be from Raster-Noton artist Aoki Takamasa.