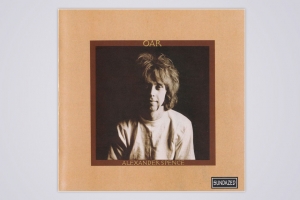 Avey Tare: Just that dark, moody atmosphere that I feel like me, and Brian especially, have really liked in music since high school — kind of darker, mellower stuff. Our sound guy, Chris, [Oar is] like his favorite record of all time, which is kind of interesting to say that that’d be somebody’s favorite record of all time because it is kind of super-dark and super-weird.

NEXT: The Spirit of the Beehive