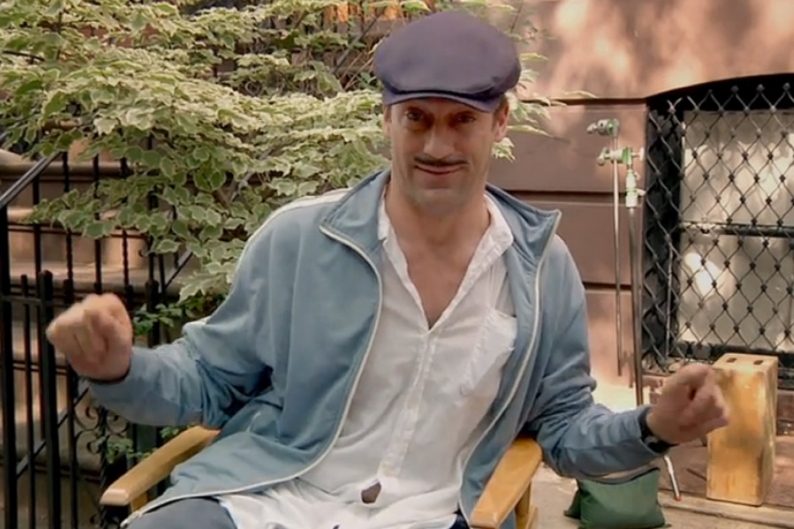 Aimee Mann sure has caught the sketch comedy bug! Since she appeared alongside Fred Armisen and Carrie Brownstein in that episode of Portlandia last year, the singer has made good use of all her indie rock–crossover comedic actor buddies to help crank out guaranteed Internet gold around her eighth solo studio effort, Charmer (out today on SuperEgo).

Last month, Mann and director Tom Scharpling enlisted Laura Linney as Mann’s robot doppleganger and Bored to Death’s John Hodgman for the video for Charmer’s title track. This time, for “Labrador,” occasional Mad Man Jon Hamm slaps on a fake mustache and pretends to be Scharpling for a shot-by-shot remake of ‘Til Tuesday’s 1985 soft-focus clip “Voices Carry.” Scharpling’s real-life comedy partner Jon Wurster stands in as the douchebag boyfriend, Mann breaks out the ol’ rat tail, and Ted Leo wears a wig! Watch it below.