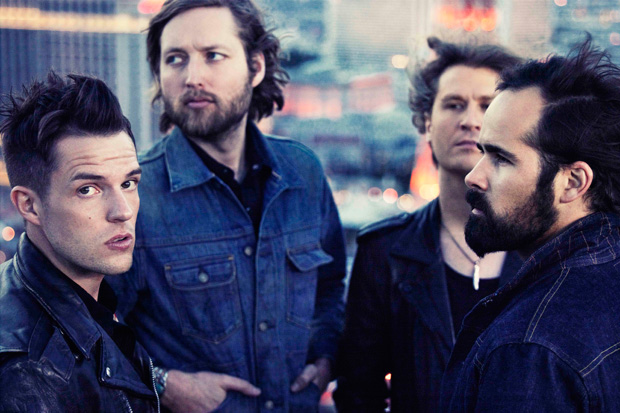 Another bounty of full-album streams is upon us! Our one request: read our story about how Grizzly Bear and their Brooklyn cohorts have changed pop music while listening to the first LP on the list.

1) Grizzly Bear, Shields. “Showcase[s] the considerable gifts of four guys willing to hover patiently through the detours, without sacrificing the beauty that makes the journey worthwhile.” (via NPR)

2) Band of Horses, Mirage Rock. “Produced by Glyn Johns, who was inducted into the Rock and Roll Hall of Fame this year [for] his work with the Beatles, Bob Dylan, the Rolling Stones, the Who … and too many others to list.” (via Band of Horses)

3) The Sea and Cake, Runner. “Masters of subtle evolution, the Sea and Cake’s new album reveals some intriguing new sides to the band, while keeping the sonic trademarks that define them.” (via KCRW)

4) Dinosaur Jr., I Bet on Sky. “[Their] 10th studio album knows where its strengths lie: namely, in volume, particularly when Mascis lets his guitars speak and shout on his behalf.” (via NPR)

5) Woods, Bend Beyond. “This latest set feels fleshed out, pared down, then built back up. The production is crisp. Earl’s voice is never buried. The instruments are given space to breathe.” (via SPIN)

6) Menomena, Moms. From the press release: “Tragic and intimate, comic and endearing, personal and motivated … an album that explores both a new vulnerability and resiliency.” (via Hype Machine)

9) Solos, Beast of Both Worlds. “The folk-metal-gone-Stravinsky twurk of the new Dirty Projectors combined with the laser-fueled tech-pop of post-Hella popsters like Yeasayer.” (via SPIN)

10) Black Prairie, A Tear in the Eye is a Wound in the Heart. “The exploratory, back-porch ensemble founded by The Decemberists’ Chris Funk, Nate Query and Jenny Conlee.” (via Paste)