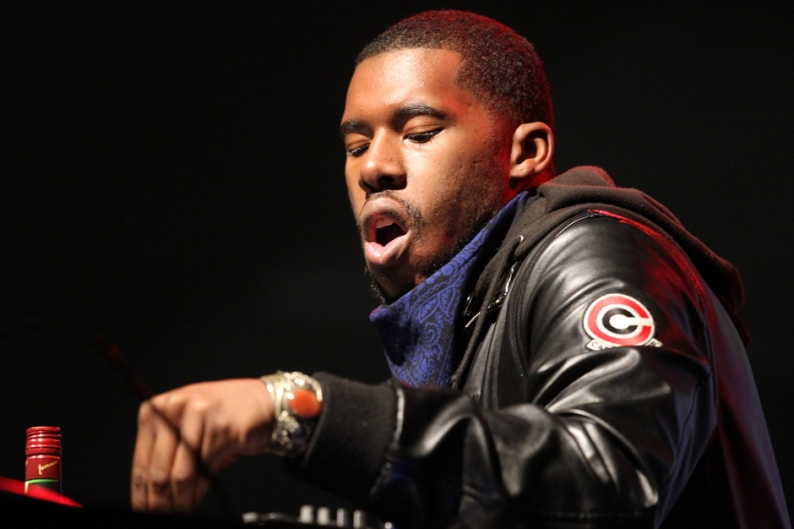 Yet another bounty of streaming platters is upon us. Breakfast, lunch and dinner, served:

1) Flying Lotus, Until the Quiet Comes. “Intricate enough to make listeners scramble to dissect every little flourish in the mix, but… so sonically brash and powerful that it’s hard not to let the whole body of sound wash over you.” (via NPR)

2) Miguel, Kaleidoscope Dream. “The Los Angeles-born singer took a hard look at R&B, pop, rock, funk and ‘club-aware electronic soul,’ gleefully smashed those plates and glued them all together. Sounds repeat, refract and coalesce.” (via NPR)

3) WHY?, Mumps, etc. “[Lyrical] intensity doled out with an off-kilter smile and a kaleidoscopic array of sounds. A sonically satisfying mix of folk, rap, chamber music, and psychedelia.” Includes artist’s track-by-track breakdown. (via SPIN)

4) Muse, The 2nd Law. “Muse are less about going dubstep than going ‘everything.’ The official press release mentions influences as wide-ranging as the Beach Boys to Fred Goodwin, the 12-bar blues to fatherhood… even some INXS.” (via the Guardian)

5) The Soft Pack, Strapped. “Saxophones? A six-minute song? Har Mar Superstar? Are we still talking about the Soft Pack? The answers are a resounding ‘yes’ on the San Diego garage rockers’ sophomore LP.” Track by track included. (via SPIN)

7) Dark Dark Dark, Who Needs Who. From the press release: “Sensations of longing, songs of good times and bad, playful memories that dance within our psyche until they’re skewed to perfection or abomination.” (via Stereogum)

9) ERAAS, ERAAS. From the press release: “The tracks emerge ghost-like from the shadows and then recede into interludes of whispers and strange, abstract samples. Built around insistent bass-lines and driving percussion.” (via Stereogum)

10) Chris Cohen, Overgrown Path. “A collection of songs overgrown with strong pop melodies and gentle psychedelic flourishes … pensive and willing to indulge in a groove.” (via Prefix)