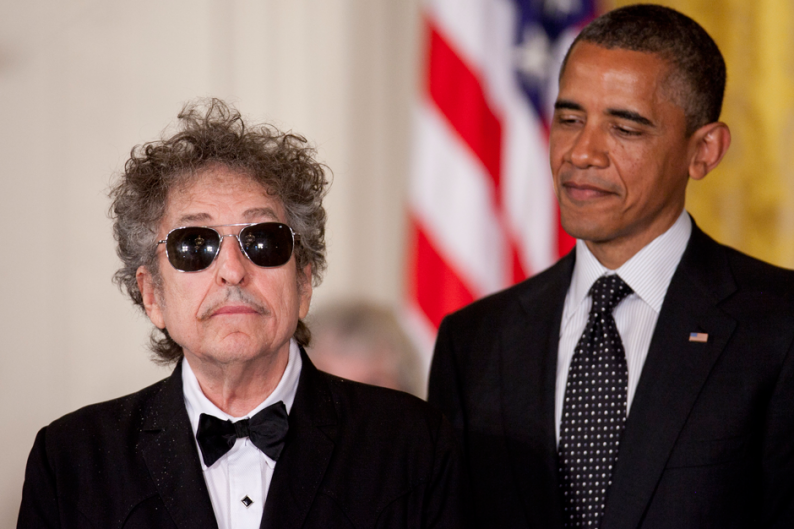 MTV’s Video Music Awards are scheduled for September 6 in Los Angeles. The Democratic National Convention takes place from September 3-6 in Charlotte, North Carolina. According to the Hollywood Reporter, that’s shaping up to be a problem for Dems, because top musical performers they’d usually have booked for parties during the week now have to be in L.A. instead. (Adding insult to injury, that popular video of President Obama covering Al Green totally got snubbed in the VMA nods.)

The conflicts won’t only be affecting the politicos down at the party convention. This year’s VMAs are set for the same night Obama is set to accept the Democratic nomination for a second term. As Entertainment Weekly points out, last year’s VMAs drew a record 12.4 million viewers, but they’ll have a tough time doing as well in 2012 considering as many as 40 million people are expected to tune in for speeches by Obama and other top Dems. Sure, MTV moved up the VMAs by an hour, to 8-10 p.m. EST, to avoid conflicting with the president’s speech (which traditionally starts around 10 p.m.). But will Kanye West let Obama finish?

According to the Hollywood Reporter, the difficulty in booking musical acts for the convention also has to do with the fact that many performers will be wrapping up summer tours. And there’s also the concern about an enthusiasm gap compared with four years ago. In 2008, the likes of West, Nelly, Death Cab for Cutie, and Sheryl Crow played shows during all nights of the convention. Meanwhile, two groups that held lavish parties last year reportedly say they’re not booking concerts for the 2012 convention because they’re looking to cut costs.

Music-loving Dems need not despair, however. For one thing, uh, Flo-Rida will be in Charlotte, performing for military families. And if the president makes a personal appeal, some A-list acts might find it hard to resist the invitation and ditch the Kevin Hart-hosted VMAs. “My guess is it might not be the star fest that it once was, but it will still command some star power,” a Democratic activist is quoted as saying. We just hope they’re still able to book the artist who does our favorite “America the Beautiful” cover.