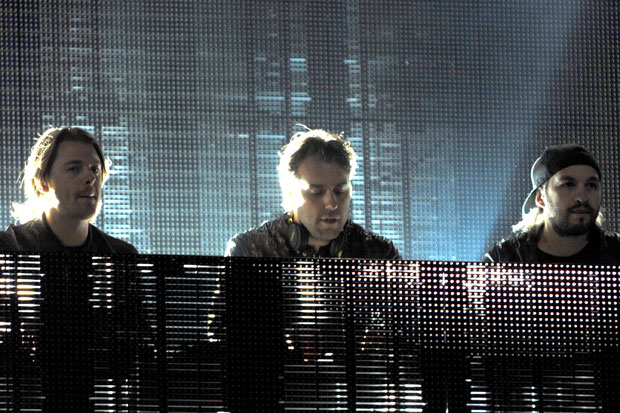 Swedish House Mafia were just named one of the highest-paid EDM acts, boasting over $14 million in earnings last year, but in June they told fans they’d decided to retire from the road. “We came, we raved, we loved,” read the farewell note.

Since then, Swedish House Mafia have embarked on what seems like a successful world tour (that has unfortunately been marred by stabbings not once, but twice). By all accounts, this is a group exiting on top — after all, they sold out New York City’s megasized Madison Square Garden in December — and that has made their farewell all the more perplexing.

Now Mafia man Steve Angello is speaking out on why the band is saying goodbye. “We just decided that we reached a point where we don’t know what the next move would be,” he told Rolling Stone. “We always like the challenge. And we don’t like to repeat ourselves. We just felt like it was time.”

That, of course, does not mean that the guys are at odds with each other. “We’re like brothers,” Angello said. “We’re still here. It’s not like anybody has died… We’ve come very, very far. We just felt like, ‘let’s stop touring.'” And as matter-of-fact as that explanation may seem, the article closes with Angello saying that, in a weird way, Swedish House Mafia’s retirement could maybe make a change in the EDM industry. “[DJ’s are] releasing stuff all the time,” he said. “After a while, it’s starting to become the norm. You’ve got to shake things up a bit and then do things differently for people to respect what you actually do. I just don’t wanna see music become fast food.”

The Swedish House Mafia will play their final U.S. show in September at the iHeart Radio Festival in Las Vegas, which takes place September 21 and 22, and their final hometown concert on November 24 in Stockholm.